How Biblical Is Molinism? 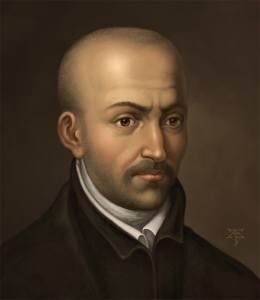 Molinism is a theory that purports to reconcile a robust doctrine of divine providence and foreknowledge with a libertarian view of free will by appealing to the notion of divine middle knowledge: God’s eternal knowledge of the so-called counterfactuals of creaturely freedom, that is, contingent truths about what possible creatures would freely choose if they were created by God and placed in particular circumstances. In this series of posts I propose to explore these questions with reference to some key biblical texts. I will focus in particular on how Molinism compares to Augustinianism, which is arguably its leading competitor among orthodox Christian theologians. (Note: I’m using the term Augustinianism simply as shorthand for causal divine determinism. Nothing is assumed about whether St. Augustine himself actually held to Augustinianism in that sense! But Augustinianism so defined would include most confessional Calvinists and, I think, many conservative Thomists.)

How well is Molinism supported by the Bible? Part I
There are at least two components to the question at hand. First, is Molinism consistent with the Bible? In other words, does the Bible teach some things that are (or appear to be) inconsistent with the tenets or implications of Molinism? Second, does the Bible offer any positive support for the distinctive claims of Molinism, i.e., those tenets that distinguish Molinism from its major alternatives such as Augustinianism or Open Theism?

How well is Molinism supported by the Bible? Part II
In Part II, I examine one candidate for the proposition that moral freedom is incompatible with determinism (which Molinists invariably affirm, but Augustinians typically deny). I answer the question, does the Bible support incompatibilism?

How well is Molinism supported by the Bible? Part III
In this post I’ll consider a second candidate for the proposition that God desires all to be saved.

How well is Molinism supported by the Bible? Part IV
Is Molinism more biblical than Calvinism because the latter makes God the author of sin? We deny: This is quite a common objection for Molinists to level against Calvinists (and Augustinians more broadly). For example, William Lane Craig raises this complaint in his contribution to the book Four Views on Divine Providence. (I’ll examine his criticisms more closely below.) The thrust of the charge is that Augustinianism, on account of its commitment to divine determinism, makes God the author of sin in a way that Molinism (which rejects divine determinism) does not.

Dr. James Anderson is an ordained minister in the Associate Reformed Presbyterian Church. Dr. Anderson came to RTS from Edinburgh, Scotland, and specializes in philosophical theology, religious epistemology, and Christian apologetics. His doctoral thesis at the University of Edinburgh explored the paradoxical nature of certain Christian doctrines and the implications for the rationality of Christian faith. His research and writing has also focused on the presuppositionalism of Cornelius Van Til, particularly his advocacy of the transcendental argument. Dr. Anderson has a longstanding concern to bring the Reformed theological tradition into greater dialogue with contemporary analytic philosophy. Before studying philosophy, Dr. Anderson also earned a Ph.D. in Computer Simulation from the University of Edinburgh. He is a member of the Society of Christian Philosophers, the British Society for the Philosophy of Religion, and the Evangelical Philosophical Society. Prior to joining RTS Charlotte, Dr. Anderson served as an assistant pastor at the historic Charlotte Chapel in Edinburgh where he engaged in regular preaching, teaching, and pastoral ministry. He is active now in service at Ballantyne Presbyterian Church in Charlotte. He is married to Catriona and they have three children.

The Misery of Man's Estate by Nature
Stephen Watkins
Come, Let Us Reason Together
Kevin DeYoung
Some Trust In Chariots
Curated Resources
Early Christianity, Persecution, and Lessons for Today
Bill Muehlenberg
Dealing With Those Who Differ
Bill Muehlenberg
Make Up Your Mind Now
Bill Muehlenberg
A Review of Live Not By Lies. By Rod Dreher
Bill Muehlenberg
A Parable from the Dead
Kyle Borg
Iron Curtain Diary
Greg Koukl
Christian Duty in Times of Plague
Lowell Ivey
When Self-Confidence is Lethal
Greg Gilbert
Evangelicals and Race Theory
Carl Trueman
Are the Poor and Minorities Really Better off under Progressive Policy?
Curated Resources
To See Men Go by Droves to Hell Should Work Deep Compassion in Us
Thomas Manton
True Believers: Upright in Principle
Patience
Wilhelmus a Brakel
On the marks of adoption
Thomas Boston
When Doctrine Divides: A Credo Review
Curated Resources
Anselm on the suffering of the impassible God
Guy Davies
Why Did God Harden Pharaoh’s Heart? A Case for Divine Ultimacy
Phil Gons
Review: Sinners in the Hands of a Loving God – Brian Zahnd
David Steele
What Does It Look Like to Be a Cross Bearer?
Randy Alcorn
Isn’t It Cruel to Force a Woman to Keep a Child She Can’t Afford to Raise, or to Give up a Baby for Adoption?
Randy Alcorn
Comfort in Remembering God's Judgments of Old in the Midst of Trial
The Unsettling Justice of God
W Robert Godfrey
The Bible Belongs to Every Age
Stephen J Nichols
Reformation Women: Giulia Gonzaga
Rebecca VanDoodewaard
Standing Up to Bully Pastors
Michael J Kruger
God Forgave My Sins. Why Do I Need to Keep Asking for Forgiveness?
Justin Dillehay
We Must Find a Better Way to Talk About Race
Kevin DeYoung
Over 42.6M abortions conducted in 2020, surpassing world's leading causes of death
Curated Resources
Why Is There Only One Way To Heaven?
Tim Challies
Social Justice Vs. Authentic Biblical Justice
Phil Johnson
When Things Look Bleak…
Nicholas T Batzig
Always on God’s Mind
Neil C. Stewart
Amillennialism (2-Part YouTube Series)
Dean Davis
Critical Reviews (eBook)
B B Warfield
The Works of B. B. Warfield (eBook Collection)
B B Warfield
Christianity, Logic, and Aristotle: God is Required
Mike Robinson
The Vindication of Wrath - Revelation 16:1-7
Dave Jenkins
Union With Christ (.pdf)
Joel R Beeke, Dr Michael S Horton, Richard B Gaffin Jr, Greg Gilbert
So, You Want To Downplay Doctrine? Are You Ready For Wolf Attacks?
Curated Resources
Why Reading the Bible From Start to Finish is a Life-Changing New Year’s Resolution
Curated Resources
Social Media’s Expert Culture
Jason Thacker
Poverty and Compassion
Marvin Olasky
The Poor in a Pandemic
World Magazine
The Rise and Triumph of the Modern Self And How the Church Can Respond
Carl Trueman
False History of Creationism Is Full of Beans
Jason Lisle
God Transcendent And Other Selected Sermons (eBook)
J Gresham Machen
The Discipline of Good Deeds
Barbara Hughes