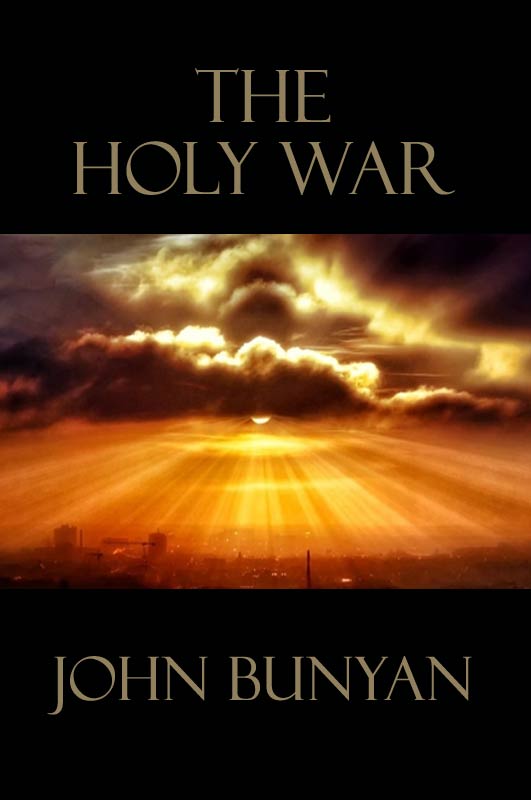 The Holy War Made by King Shaddai Upon Diabolus, to Regain the Metropolis of the World, Or, The Losing and Taking Again of the Town of Mansoul is a 1682 novel by John Bunyan. This novel, written in the form of an allegory, tells the story of the town "Mansoul" (Man's soul). Though this town is perfect and bears the image of Shaddai (Almighty), it is deceived to rebel and throw off his gracious rule, replacing it instead with the rule of Diabolus. Though Mansoul has rejected the Kingship of Shaddai, he sends his son Emmanuel to reclaim it.

In the city there were three esteemed men, who, by admitting Diabolus to the city, lost their previous authority. The eyes of "Understanding", the mayor, are hidden from the light. "Conscience", the recorder, has become a madman, at times sinning, and at other times condemning the sin of the city. But worst of all is "Lord Willbewill," whose desire has been completely changed from serving his true Lord, to serving Diabolus. With the fall of these three, for Mansoul to turn back to Shaddai of their own will, is impossible. Salvation can come only by the victory of Emmanuel.

The entire story is a masterpiece of Christian literature, describing vividly the process of the fall, conversion, fellowship with Emmanuel, and many more intricate doctrines. 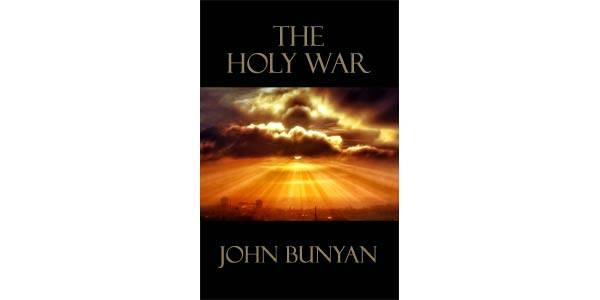 The main characters are in order of importance are:

SHADDAI: The Sovereign of the Universe (El Shaddai is one of the Judaic names of God). Also the builder and creator of Mansoul, whose image it bears.
EMMANUEL: The son of Shaddai, who lead the campaign to reclaim Mansoul.
THE SECRETARY: One who is equal to Shaddai and Emmanuel, who resides in Mansoul after the victorious conquest of Emmanuel.
DIABOLUS: The deceiver whose crafty lies prompted the fall of Mansoul, and who holds the city against the conquest of Emmanuel.
ILL-PAUSE: The servant of Diabolus whose foulness slays Lord Innocency.
UNDERSTANDING: The first and final Mayor of Mansoul, whose treachery to Shaddai, causes him not to see the light.
CONSCIENCE: The first and final Recorder of Mansoul. Whose sin causes him to forget Shaddai's law at times, and at other times to bewail the sin of Mansoul.
LORD WILLBEWILL: A servant of Shaddai at the first, who shifts his allegiance to Diabolus at the capture of the city.
INCREDULITY: A friend of Diabolus and one of the two mayors under his rule, who escapes execution after the recapture of Mansoul and who leads the army of Doubters against it.
LUSTING: A Diabolian who also was a Mayor under Diabolus.
FORGET-GOOD: The recorder under Diabolus, who completely despises the law of Shaddai.
BOANERGES: One of the four first Captains sent by Shaddai against Mansoul.
CONVICTION: The second Captain.
JUDGEMENT: The third Captain.
EXECUTION: The fourth Captain.
CREDENCE: One of the five Captains to come with Emmanuel, to join the siege of Mansoul (The fifth Captain).
GOOD-HOPE: The sixth Captain.
CHARITY: The seventh Captain.
INNOCENCE: The eighth Captain.
PATIENCE: The ninth Captain.
CARNAL-SECURITY: The entrapping Diabolian, who causes Mansoul to break fellowship with Emmanuel after He had so graciously saved the city.