The Greatness of God 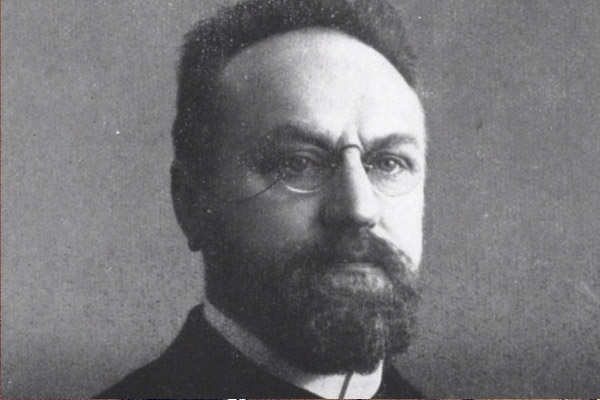 On the very first page of the Bible the absolute transcendence of God above His creatures comes to our attention. Without strain or fatigue He calls the whole world into existence by His word alone. By the word of the Lord were the heavens made, and all the host of them by the breath of His mouth (Ps. 33 :6). He speaks and it is done; He commands and it stands fast (Ps. 33:9). He does according to His will in the army of heaven, and among the inhabitants of the earth. And none can stay His hand, or say unto Him, what doest Thou (Dan. 4:35)? The nations are as a drop of a bucket, and are counted as the small dust of the balance: behold, He taketh up the isles as a very little thing. And Lebanon is not sufficient to burn, nor the beasts thereof sufficient for a burnt offering. All nations before Him are as nothing, and they are counted to Him as less than nothing, and vanity. To whom then will you liken God? or what likeness will you compare unto Him (Isa. 40:15-18). For who in the heaven can be compared unto the Lord? who among the sons of the mighty can be likened unto the Lord (Ps. 89:6). There is no name by which He can truly be named: His name is wonderful.1 When God speaks to Job out of the thunder and displays the magnitude of His works before him, Job humbly bows his head, and says: Behold, I am vile, What shall I answer Thee? I will lay my hand upon my mouth (Job 40:4). God is great, and we know Him not (Job 36:26). Such knowledge is too wonderful for us. It is high. We cannot attain unto it (Ps. 139:6).

Nevertheless, this same sublime and exalted God stands in intimate all His creatures, even the meanest and smallest. What the scriptures give us is not an abstract concept of God, such as the philosopher gives us, but puts the very. living God before us and lets us see Him in the works of His hands. We have hut to lift up our eyes and see who has made all things. All things were made by His hand, brought forth by His will and His deed. And they are all sustained by His strength. Hence everything bears the stamp of His excellences and the mark of His goodness, wisdom, and power. And among creatures only man was created in His image and likeness. Only man is called the offspring of God (Acts 17:28).

Because of this intimate relationship, God can be named in the terms of His creatures, and He can be spoken of anthropomorphically. The same Scripture which speaks in the most exalted way of God's incomparable greatness and majesty, at the same time speaks of Him in figures and images which sparkle with life. It speaks of His eyes and ears, His hands and feet, His mouth and lips, His heart and bowels. It ascribes all kinds of attributes to Him - of wisdom and knowledge, will and power, righteousness and mercy, and it ascribes to Him also such emotions as joy and grief, fear and vexation, zeal and envy, remorse and wrath, hatred and anger. It speaks of His observing and thinking, His hearing and seeing, His remembering and forgetting, smelling and tasting, sitting and rising, visiting and forsaking, blessing and chastising, and the like. It compares Him to a sun and a light, a fountain and a spring, a rock and a shelter, a sword and buckler, a lion and an eagle, a hero and a warrior, an artist and builder, a king and a judge, a husbandman and a shepherd, a man and a father. In short, all that can be found in the whole world in the way of support and shelter and aid is originally and perfectly to be found in overflowing abundance in God. Of Him the whole family in heaven and earth is named (Eph. 3.15). He is the Sun of being and all creatures are His fleeting rays.

It is important, therefore, in this matter of the knowledge of God, for us to keep a firm hold on both of these groups of statements concerning the Divine being and to do justice to each of them. For, if we sacrifice the absolute transcendence of God above all of His creatures, we fall into polytheism (the pagan religion of many gods) or pantheism (the religion in which everything is God), two false religions which, according to the lesson of history, are closely related to each other and easily pass from the one into the other.

And if we sacrifice the close relationship of God to His creatures, we go aground on the reef of deism (belief in God without benefit of revelation) or of atheism (the denial of the existence of God), two religions which, like those others, have numerous characteristics in common with each other.

Scripture clings to both groups of characteristics, and Christian theology has followed in its wake. God actually does not have a name according to which we can truly name Him, and He names Himself and lets us name Him with many, many names. He is the infinitely Exalted One, and at the same time the One who lives along with all His creatures. In a certain sense all of His attributes are such as cannot be shared, and in another sense they are such as can all be shared. We cannot fathom this with our mind. There is no such thing as an adequate concept of God. There is no one who can give a definition, a delimitation, of God that is adequate to His being. The name which fully expresses what He is cannot be found. But the one group of characteristics outlined above does not conflict with the other. Precisely because God is the High and Exalted One, and lives in eternity, He also dwells with those who are of a contrite and humble Spirit (Isa. 57 :15. We know that God did not reveal Himself in order that we should draw up a philosophical concept of God from His revelation, but in order that we should accept Him, the true, living God, as our God, and should acknowledge and confess Him. These things are hidden from the wise and prudent, but they have been revealed to babes (Matt. 11 :25).

The knowledge which we get of God by way of His revelation is therefore a knowledge of faith. It is not adequate, in the sense that it is not equivalent to the being of God, for God is infinitely exalted above all His creatures. Such knowledge is not purely symbolical either that is to say, couched in expressions which we have arbitrarily formed and which do not correspond to any reality; instead this knowledge is ectypal (ectype: an impression, as in printing) or analogical (analogy: correspondence or similarity in form) because it is based on the likeness and relationship which, notwithstanding God's absolute majesty, nevertheless exists between God and all the works of His hand. The Knowledge which God grants us of Himself in nature and in Scripture is limited, finite, fragmentary, but it is nevertheless true and pure. Such is God as He has revealed Himself in His Word and specifically in and through Christ; and He alone is such as our hearts require.