14 Ways that God is Far More Excellent than Men
Does Man Have a Free WIll?
Those in Bondage to Sin are Still Duty Bound to Obey God
The Grounds of Contentedness
Knowing God or Knowing about God
Monergism Publishes First Paperback Book
Christ in us in our Sanctification
Cross Bearing
The Eschewing of Idolatry
An 'Establishment Orthodoxy' that Opposes Rival Orders is Inescapable.

Grace Alone Makes You to Differ 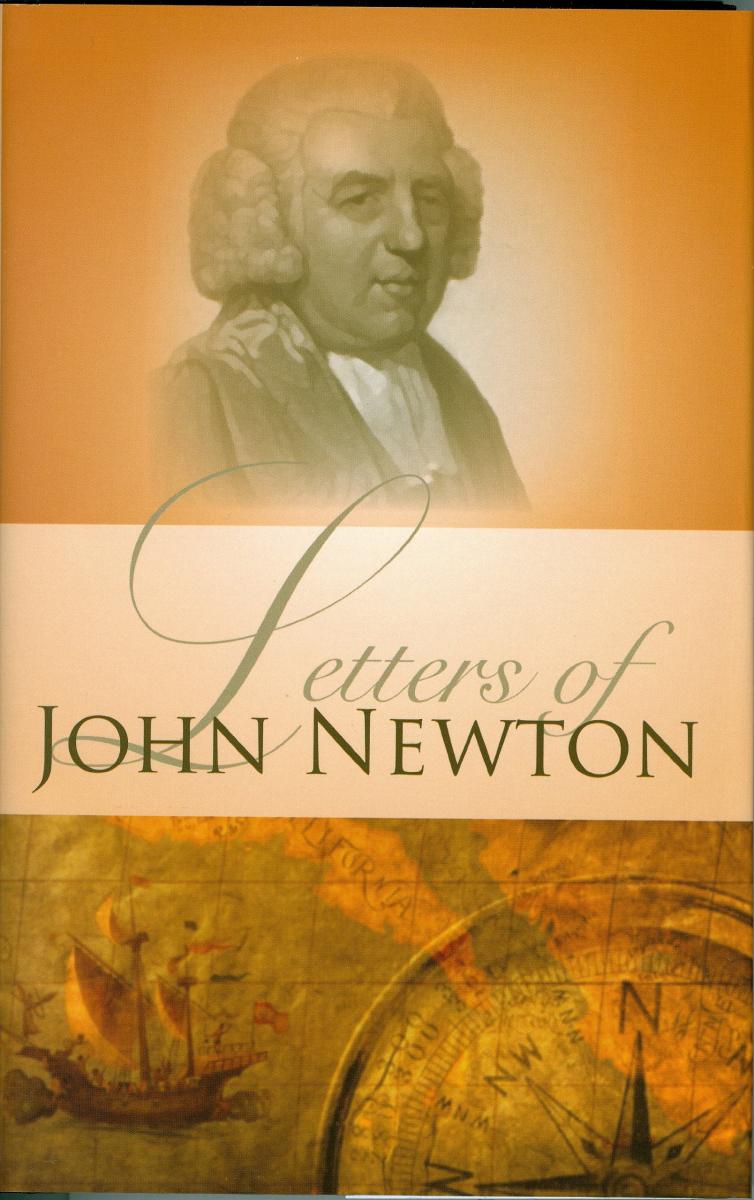 What a mercy is it to be separated in spirit, conversation, and interest, from the world that knows not God, where all are alike by nature! Grace makes a happy and unspeakable difference. Believers were once under the same influence of that spirit who still worketh in the children of disobedience, pursuing different paths, but all equally remote from truth and peace; some hatching cockatrice' eggs, others weaving spiders' webs. These two general heads of mischief and vanity include all the schemes, aims, and achievements of which man is capable, till God is pleased to visit the heart with His grace.

The busy part of mankind are employed in multiplying evils and miseries; the more retired, speculative, and curious, are amusing themselves with what will hereafter appear as unsubstantial, unstable, and useless as a cobweb. Death will soon sweep away all that the philosophers, the virtuosi, the mathematicians, the antiquarians, and other learned triflers, are now weaving with so much self-applauded address. Nor will the fine-spun dresses, in which the moralist and the self-righteous clothe themselves, be of more advantage to them, either for ornament or defence than the produce of a spider. But it is given to a few to know their present state and future destination.

These build upon the immovable Rock of Ages for eternity: these are trees springing from a living root, and bear the fruits of righteousness, which are by Jesus Christ, to the glory and praise of God : these only are awake, while the rest of the world are in a sleep, indulging in vain dreams from which likewise they will shortly awake; but, O with what consternation, when they shall find themselves irrecoverably divorced from all their delusive attachments, and compelled to appear before that God to whom they have lived strangers, and to whom they must give an account! O for a thousand tongues to proclaim in the ears of thoughtless mortals that important aphorism of our Lord, "One thing is needful"!

Yet a thousand tongues would be, and are employed in vain, unless so far as the Lord is pleased to send the watchman's warning, by the power and agency of His own Spirit. I think the poet tells us, that Cassandra had the gift of truly foretelling future events; but she was afterwards laid under a painful embarrassment, that nobody should believe her words. Such, with respect to the bulk of their auditories, is the lot of Gospel-ministers: they are enlightened to see, and sent forth to declare, the awful consequences of sin; but, alas! how few believe their report! To illustrate our grief and disappointment, I sometimes suppose there is dangerous water in the way of travellers, over which there is a bridge which those who can be prevailed upon may pass with safety. By the side of this bridge watchmen are placed, to warn passengers of the danger of the waters; to assure them, that all who attempt to go through them inevitably perish; to invite, entreat, and beseech them, if they value their lives, to cross the bridge.

Methinks this should be an easy task: yet if we should see in fact the greater part stopping their ears to the friendly importunity; many so much offended by it as to account the watchman's care impertinent. and only deserving of scorn and ill-treatment; hardly one in fifty betaking themselves to the friendly bridge, the rest eagerly plunging into the waters, from which none return, as if they were determined to try who should be drowned first: this spectacle would be no unfit emblem of the reception the Gospel meets with from a blinded world.

The ministers are rejected, opposed, vilified; they are accounted troublers of the world, because they dare not, cannot stand silent, while sinners are perishing before their eyes ; and if, in the course of many sermons, they can prevail but on one soul to take timely warning, and to seek to Jesus, who is the way, the truth, and the life, they may account it a mercy and an honour, sufficient to overbalance all the labour and reproaches they are called to endure.

From the most they must expect no better reception than the Jews gave to Jeremiah, who told the prophet to his face, "As to the word thou hast spoken to us in the name of the Lord, we will not hearken to thee at all, but we will certainly do whatsoever thing goeth forth out of our own mouth".

Surely, if the Lord has given us any sense of the worth of our souls, any compassion towards them, this must be a painful exercise and experience must teach us something of the meaning of Jeremiah's pathetic exclamation, " O that my head were waters, and mine eyes fountains of tears, that I might weep day and night for the slain of the daughters of my people!"

It is our duty to be thus affected. Our relief lies in the wisdom and sovereignty of God. He reveals His salvation to whom He pleases, for the most part to babes; from the bulk of the wise and the prudent it is hidden. Thus it has pleased Him, and therefore it must be right. Yea, He will one day condescend to justify the propriety and equity of His proceedings to His creatures: then every mouth will be stopped, and none will be able to reply against their Judge. Light is come into the world, but men prefer darkness. They hate the light, resist it, and rebel against it. It is true all do so; and therefore, if all were to perish under the condemnation, their ruin would be their own act.

It is of grace that any are saved, and in the distribution of that grace, He does what He will with His own: a right which most are ready enough to claim in their own concerns, though they are so unwilling to allow it to the Lord of all. Many perplexing and acrimonious disputes have been started upon this subject; but the redeemed of the Lord are called, not to dispute, but to admire and rejoice; to love, adore, and obey. To know that He loved us, and gave Himself for us, is the constraining argument and motive to love Him, and surrender ourselves to Him; to consider ourselves as no longer our own, but to devote ourselves with every faculty, power, and talent to His service and glory. He deserves our all, for He parted with all for us. He made Himself poor, He endured shame, torture, death, and the curse for us, that we through Him might inherit everlasting life. Ah ! the hardness of my heart, that I am no more affected, astonished, overpowered with this thought.

Francis Turretin and His Love for Biblical Truth
Simonetta Carr
The Trinitarian Nature of Effectual Calling
Reformation Theology
Union with Christ Necessary in Order to Forsake Sin
Reformation Theology
The New Birth: How the Holy Spirit Brings Life and Enables Faith
Reformation Theology
The Bible Warns of the Dangers of Unchecked Concentrated Government Power
Reformed Study
Doctrine
Chad Van Dixhoorn
The Bible’s Conflict-Free Creation Story
Matthew Miller
Salvation and Receiving Mercy
Kevin Gardner
7 Reasons God's Sovereignty Gives those in Christ Contentment in the Face of Adversity
Monergism Answers
The illusion of digital community
Samuel James
Good Leaders Are Easy to Follow: How Shepherds Shape the Sheep
Steven Lee
Will God Provide for Your Needs?
Mr Garrett Kell
Lazy Christian is an Oxymoron
Costi Hinn
Lawful Love: How the Law Preserves and Propels Our Love
David Schrock
The Hostility of Loving Your Neighbor
Curated Resources
For The Kids Nobody Wants: Imagine There’s No Children
David Schrock
He Tailors Your Trials: How God Fits Your Afflictions Just For You
Curated Resources
Techno-Slavery: Being Ruled by Devices
Curated Resources
No Such Thing as “Little Sins.”
Kendall Lankford
10 Reasons to Host a Pastor Story Hour
Kendall Lankford
John Witherspoon and Slavery
Kevin DeYoung
Four Tips for Communicating the Gospel to Roman Catholics
Leonardo De Chirico
Where's Sola Scriptura In Scripture? - Luke 1:5-25
John Samson
Is Genesis Just One of the Many Creation Myths?
John Stonestreet
The Way to True Peace and Rest (eBook)
Robert Bruce
The Meaning Of Sola Scriptura - 2 Timothy 3:16-17 (MP3)
John Samson
How the Golden Chain Gives Us Missiological Confidence
Curated Resources
Put Not Your Trust in Princes -- An Exposition of Psalm 146
Kim Riddlebarger
Promises: God Hears Your Prayers
Zack Groff
The Regulative Principle and the Corporate Recitation of Creeds
Samuel G. Parkison
Seven Occasions for Fasting
Zack Groff
FBC Jax Speaks the Truth in Love about Sexuality
Denny Burk
Why We Reread the Bible
Ryan Higginbottom
Against Autonomy
T. M. Suffield
10 Practices to Kill Pride
Gavin Ortlund
Who Killed the Prayer Meeting?
Paul Miller
An Antidote to Spiritual Amnesia
Rev David P Murray
You’re a Pastor, Not a Therapist
Jeremy Pierre
What Christians Can Learn from Secular Humanism
John Stonestreet
A Nation of Biblical Illiterates
Thaddeus Williams
Calvin on the Authority of Scripture
Curated Resources
How Patient Is God With Us?
Nicholas T Batzig
The Classical Doctrine of God
James Dolezal, Dr Sinclair B Ferguson
What does the Bethel movement teach?
Costi Hinn
With Reverence and Awe (and Kids)
Curated Resources
We Live in Babylon, Not Israel
Marvin Olasky
What does it mean to present our bodies as a living sacrifice to God (Rom. 12:1)?
Dr Harry L Reeder III
What to do Before you Read the Bible
Curated Resources
The New Testament Explosion
Mitch Chase
The Megachurch Century
Shane Rosenthal