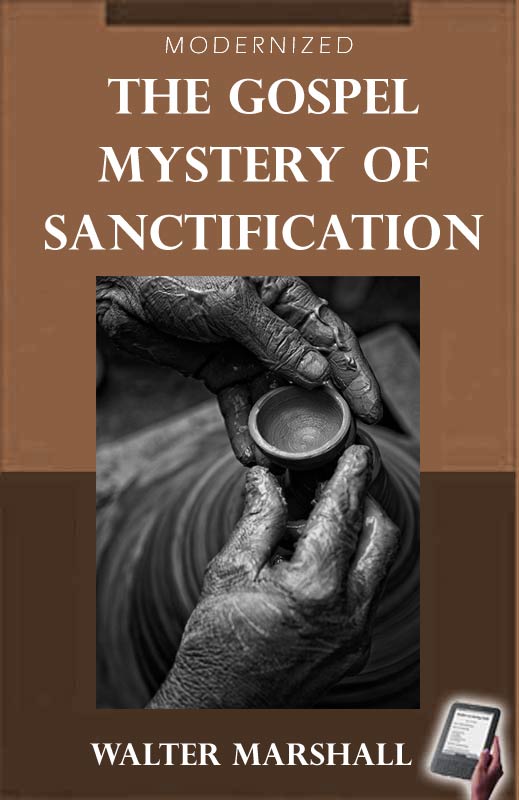 This excellent treatise of Mr. Marshall’s is well-known among the godly in England, where it has undergone a twofold edition. Yet, this being the first time of its publication in Scotland, where it is known but to a few, we could not refuse, at the desire of those concerned in the publication of it among us, to declare that, as we have perused the book ourselves with great edification and pleasure, so we know it has had the high approval and testimony of many who are eminent for grace and holiness. And we judge that the publication of it at this time, is seasonable among us for promoting practical religion and godliness, and for giving a just view of the vast odds there are between heathenish morality — adorned with the finest flourishes of human rhetoric — and true Gospel holiness, without which no man shall see the Lord. And this testimony of ours, we judged to be well-supported by the words of that great and evangelic person, Mr. Robert Traill, late minister of the Gospel in the city of London. He writes in his postscript to a pamphlet entitled, A vindication of the Protestant doctrine concerning justification, and of its preachers and professors, from the unjust charge of Antinomianism.

“I think that Dr. Owen's excellent book on Justification, and Mr. Marshall's book on the Mystery of Sanctification by faith in Jesus Christ, are such vindications and confirmations of the Protestant doctrine, that I fear no effectual opposition against them. Mr. Marshall was a holy and retired person, and is only known to most of us by his recently published book. The book is a deep, practical, well-jointed discourse, and requires more than ordinary attention in reading it with profit. And if it is singly used, I look upon it as one of the most useful books the world has seen for many years. Its excellence is that it leads the serious reader directly to Jesus Christ, and cuts the sinews and overturns the foundation of the new divinity by the same argument of Gospel holiness by which many attempt to overturn the old. And, as it has already had the seal of high approval by many judicious Ministers and Christians who have read it, I do not fear but that it will stand firm as a rock against all opposition, and will prove good seed, and food, and light to many hereafter.”

This testimony, abstracting from human frailties and escapes to which the greatest men are liable while they know but in part, we approve by our subscriptions. 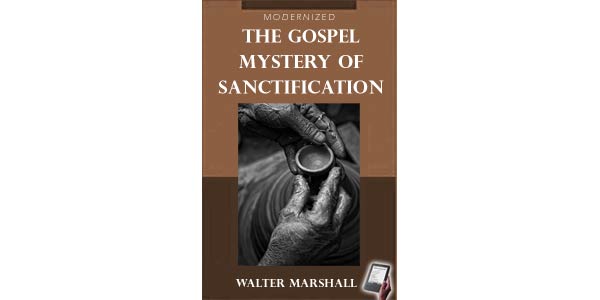 Chapter One: That we may acceptably perform the duties of holiness and righteousness required in the law, our first work is to learn the powerful and effectual means by which we may attain to so great an end.

Chapter Two: Several endowments and qualifications are necessary to enable us for the immediate practice of the law. Particularly we must have an inclination and propensity of our hearts thereunto; and therefore we must be well persuaded of our reconciliation with God, and of our future enjoyment of the everlasting heavenly happenings, and of sufficient strength both to will and perform all duties acceptably, until we come to the enjoyment of that happiness.

Chapter Three: The way to get holy endowments and qualifications necessary to frame and enable us for the immediate practice of the law, is to receive them out of the fullness of Christ, by fellowship with Him; and that we may have this fellowship, we must be in Christ, and have Christ Himself in us, by a mystical union with Him.

Chapter Four: The means or instruments by which the Spirit of God accomplishes our union with Christ, and our fellowship with Him in all holiness, are the gospel, by which Christ enters into our hearts to work faith in us, and faith, by which we actually receive Christ Himself, with all His fullness, into our hearts. And this faith is a grace of the Spirit, by which we heartily believe the gospel and also believe on Christ as He is revealed and freely promised to us in this, for all His salvation.

Chapter Five: We cannot attain to the practice of true holiness by any of our endeavours while we continue in our natural state and are not partakers of a new state by union and fellowship with Christ through faith.

Chapter Six: Those that endeavour to perform sincere obedience to all the commands of Christ, as the condition by which they are to procure for themselves a right and title to salvation, and a good ground to trust on Him for the same, do seek their salvation by the works of the law, and not by the faith of Christ, as He is revealed in the gospel and they shall never be able to perform sincere and true holy obedience by all such endeavours.

Chapter Seven: We are not to imagine that our hearts and lives must be changed from sin to holiness in any measure, before we may safely venture to trust on Christ for the sure enjoyment of Himself and His salvation.

Chapter Eight: Be sure to seek for holiness of heart and life only in its due order, where God has placed it, after union with Christ, justification and the gift of the Holy Ghost and, in that order, seek it earnestly by faith as a very necessary part of your salvation.

Chapter Nine: We must first receive the comforts of the gospel, that we may be able to sincerely perform the duties of the law.

Chapter Ten: That we may be prepared by the comforts of the gospel to perform sincerely the duties of the law, we must get some assurance of our salvation in that very faith by which Christ Himself is received into our hearts. Therefore, we must endeavour to believe on Christ confidently, persuading and assuring ourselves, in the act of believing, that God freely gives to us an interest in Christ and His salvation, according to His gracious promise.

Chapter Eleven: Endeavour diligently to perform the great work of believing on Christ in a right manner, without any delay; and then also continue and increase in your most holy faith, that so your enjoyment of Christ, union and fellowship with Him, and all holiness by Him, may be begun, continued and increased in you.

Chapter Twelve: Make diligent use of your most holy faith for the immediate performance of the duties of the law, by walking no longer according to your old natural state, or any principles or means of practice that belong unto it; but only according to that new state which you receive by faith, and the principles and means of practice that properly belong thereunto; and strive to continue and increase in such manner of practice. This is the only way to attain to an acceptable performance of those holy and righteous duties, as far as it is possible in this present life.

Chapter Thirteen: Endeavour diligently to make the right use of all means appointed in the Word of God for the obtaining and practicing holiness only in this way of believing in Christ and walking in Him, according to your new state by faith.

Chapter Fourteen: That you may seek holiness and righteousness only by believing in Christ and walking in Him by faith, according to the former directions, take encouragement from the great advantages of this way and the excellent properties of it.

The Doctrine of Justification Opened and Applied

For all have sinned, and come short of the glory of God; being justified freely by His grace, through the redemption that is in Jesus Christ: whom God has set forth to be a propitiation through faith in His blood, to declare His righteousness for the remission of sins that are past, through the forbearance of God; to declare, / say, at this time His righteousness: that He might be just, and the justifier of him which believes in Jesus (Rom. 3:23-26).