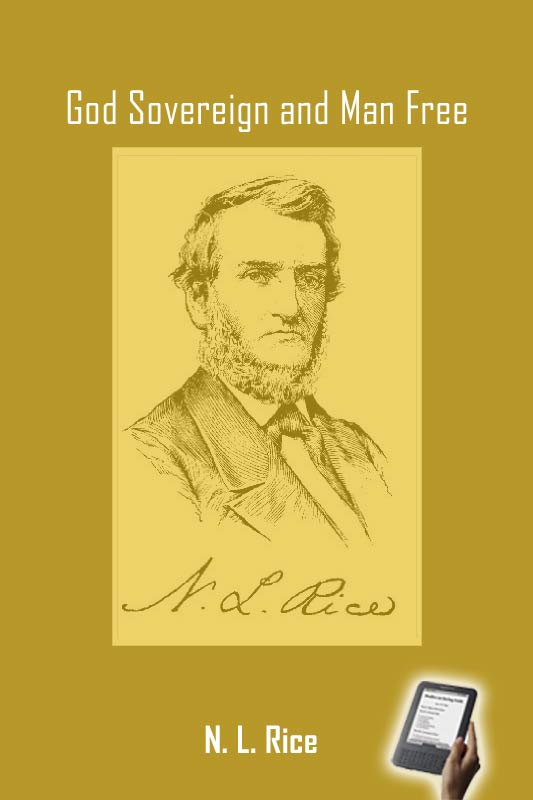 or the Doctrine of Divine Foreordination and Man's Free Agency, Stated, Illustrated, and Proved from the Scriptures

HAPPY would it be for the Church of Christ and for the world, if Christian ministers and Christian people could be contented to be disciples,-LEARNERS; if, conscious of their limited faculties, their ignorance of divine things, and their proneness to err through depravity and prejudice, they could be induced to sit at the feet of Jesus and learn of him. The Church has been corrupted and cursed in almost every age by the undue confidence of men in their reasoning powers. They have undertaken to pronounce upon the reasonableness or unreasonableness of doctrines infinitely above their reason, which are necessarily matters of pure revelation. In their presumption they have sought to comprehend "the deep things of God," and have interpreted the Scriptures, not according to their obvious meaning, but according to the decisions of their finite reason.

On no subject have men affirmed and denied more boldly, than on that of Divine foreordination. Had the question been, as it ought to have been, simply concerning the obvious teaching of the Scriptures, had men been content to interpret the language of Inspiration according to the acknowledged principles of interpretation, the faith of Christians might have been far more harmonious. But before turning to the word of God, they have filled their minds with objections; and then they have exhausted their learning in attempting so to interpret the language of Scripture, as to avoid the difficulties they saw in its obvious meaning. Strange that they who object to this mode of proceeding concerning the doctrine of the Trinity, should yet resort to it in determining the truth of the doctrine of Divine foreordination. For if we cannot comprehend the mode of God's existence, because it is infinitely above us, for the same reason we cannot comprehend the counsels of infinite wisdom. No one has ever studied the works of Nature or the Book of Revelation without finding himself encompassed on every side by difficulties he could not solve. The philosopher is obliged to be satisfied with facts; and the theologian must content himself with God's declarations. The philosopher must not reject facts, because he cannot reconcile them with the perfections of God or the accountability of man; and the theologian must believe the plain teaching of God's word, though he cannot solve the difficulties which seem to him to press upon it.

It is necessary that the doctrine of Divine foreordination be frequently discussed, not only because it has important practical bearings, but because it has been and is more misrepresented and caricatured than almost any other doctrine of the Scriptures. The doctrines of Christianity are not mere abstractions, but great practical truths, designed and adapted, through the influence of the Holy Spirit, to mould the affections of the heart and to give a right direction to the conduct. Both the advocates and the opponents of the doctrine of Divine decrees agree in attributing to it most important practical tendencies. If the doctrine is true, these tendencies must be good; if false, we will acknowledge them to be evil. The subject, then, demands a fair and candid investigation. And if we do not greatly err, those who give it such an investigation, will find the doctrine abundantly sustained by the Scriptures, and not pressed with any difficulty which should weaken our faith in it. Nay, they will see, that they must receive it; or, if consistent in rejecting it, they must reject some of the fundamental doctrines of Christianity.

The following volume is designed clearly to state the doctrine, as held by Calvinists, and to prove it true both by its fruits and by the direct testimony of God's word. The first chapter exhibits very briefly the fruits of Calvinism, where it is admitted to have prevailed; and in the following chapters the doctrine of Divine foreordination, in its two great branches, is clearly stated and defended. The author, however, has not been disposed to act simply on the defensive. He has deemed it proper to enter into a careful examination of some of the most serious errors of the opposite system. Without entertaining any other than the kindest feelings toward those who differ from him, he has felt at liberty,-rather he has deemed it his duty,-freely to examine the claims of some of their doctrines.

It is possible that the methods of stating and illustrating this important doctrine, adopted by the author, may strike forcibly the minds of some, and assist them in rightly understanding it. If so, he will not have labored in vain. With a sincere desire to contribute somewhat to the spread of sound doctrine, and thus to promote the glory of the Redeemer and the eternal happiness of men, he ventures, with prayer for the Divine blessing upon it, to throw before the Christian public this volume. Should it be lost amid the multitude of abler works, he will not be disposed to complain; but will rather rejoice, that the cause of truth and righteousness has many advocates more competent than himself.

Chapter I. The Doctrine of Divine Foreordination proved to be Scriptural by its Fruits.

Chapter II. The Doctrine of Divine Foreordination stated, and the Statement shown to be in Accordance with the Scriptures, the Westminster Confession of Faith, and with Standard Calvinistic Writers.

Chapter III. The Doctrine of Divine Foreordination proved by the Word of God.

Chapter IV. Objections to the Doctrine of Divine Foreordination answered, and the Inconsistencies of Arminianism pointed out.

Chapter I. The Doctrine of Election stated.

Chapter II. Objections to the Doctrine of Election stated, and the Errors and Inconsistencies of Arminianism exposed.

Chapter III. The Doctrine of Election proved by the Word of God.

Chapter IV. Scriptural Argument continued, and the practical Importance of the Doctrine shown.