An Exposition of the Epistle of James (eBook) 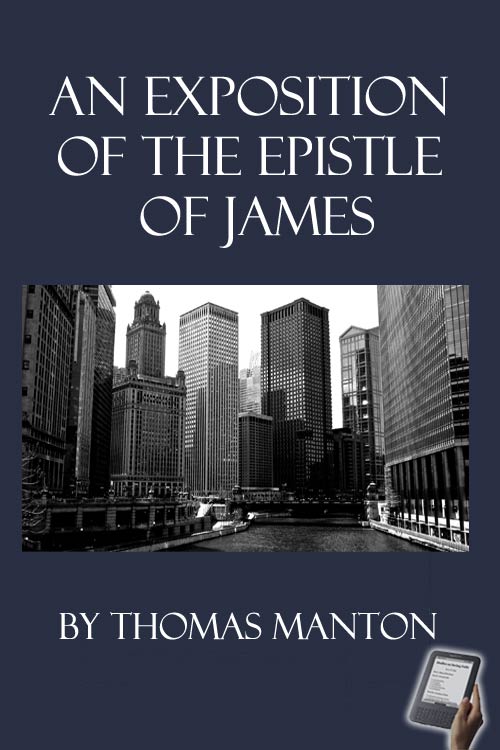 Thomas Manton, an English Puritan clergyman from the late 1600s, is best known for his skilled expository preaching and was a favorite of John Charles Ryle and Charles Spurgeon.  Spurgeon said his works contained “a mighty mountain of sound theology” and his sermons were “second to none” to his contemporaries. He went on to say, “Manton is not brilliant, but he is always clever; he is not oratorical, but he is powerful; he is not striking, but he is deep.”

This exposition on the book of James is considered by many to be his finest work.

"I do not regard him as a writer of striking power and brilliancy, compared to some of his cotemporaries. He never carries you by storm, and excites enthusiasm by passages of profound thought expressed in majestic language, such as you will find frequently in Charnock, and occasionally in Howe. He never rouses your inmost feelings, thrills your conscience, or stirs your heart of hearts, like Baxter. Such rhetoric as this was not Manton's gift, and the reader who expects to find it in his writings will be disappointed.

Manton was a Calvinist in his theology. He held the very doctrine which is so admirably set forth in the seventeenth Article of the Church of England. He held the same views which were held by nine-tenths of the English Reformers, and four-fifths of all the leading divines of the Church of England down to the accession of James I. He maintained and taught personal election, the perseverance of the saints, the absolute necessity of a regeneration evidenced by its fruits, as well as salvation by free grace, justification by faith alone, and the uselessness of ceremonial observances without true and vital religion. As an expositor of Scripture, I regard Manton with unmingled admiration. Here, at any rate, he is 'facile princeps' among the divines of the Puritan school."