Exposition of the Apostles' Creed (eBook) 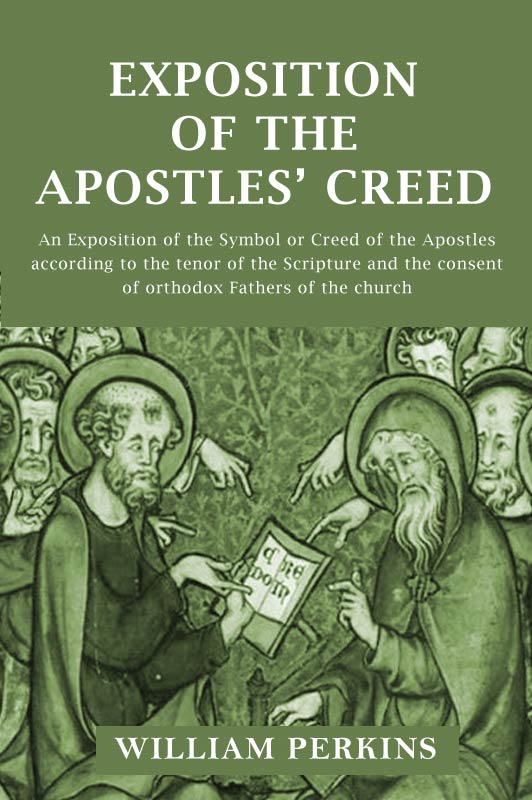 No man justly can be offended at this: that I begin to treat of the doctrine of faith without a text, though some be of mind that in catechising the minister is to proceed as in the ordinary course of preaching, only by handling a set portion of Scripture; and therefore that the handling of the Creed being no scripture, is not convenient. Indeed I grant that other course to be commendable; yet I doubt not but in catechising the minister hath his liberty to follow, or not to follow a certain text of Scripture, as we do in the usual course of preaching. My reason is taken from the practice of the primitive church; whose catechism (as the author of the epistle to the Hebrews sheweth) was contained in six principles or grounds of religion, which were not taken out of any set text in the Old Testament; but rather was a form of teaching gathered out of the most clear places thereof. Hence I reason thus: that which in this point was the use and manner of the primitive church, is lawful to be used of us now. But in the primitive church it was the manner to catechise without handling any set text of Scripture; and therefore the ministers of the gospel at this time may with like liberty do the same; so be it they confirm the doctrine which they teach with places of Scripture afterwards.

Now to come to the Creed, let us begin with the name or title thereof. That which in English we call the Apostles' Creed, in other tongues is called Symbolum, that is, a shot or a badge. It is called a shot because as in a feast or banquet every man payeth his part; which being all gathered, the whole (which is called the shot) amounteth. And so out of the several writings of the apostles, ariseth this Creed, or brief confession of faith. It is a badge, because as a soldier in the field by his badge and finery is known of what band he is, and to what captain he doth belong; even so by this belief a Christian man may be distinguished and known from all Jews, Turks, atheists, and all false professors; and for this cause it is called a badge.

Again, it is called the Creed of the Apostles, not because they were the penners of it, conferring to it besides the matter, the very style and frame of words, as we have them now set down.

1. There are in this Creed certain words and phrases which are not to be found in the writings of the apostles; and namely these: he descended into hell; the catholic church. The latter whereof, no doubt, first began to be in use when after the apostles' days the church was dispersed into all quarters of the earth.

2. If both matter and words had been from the apostles, why is not the Creed canonical Scripture, as well as any other writings?

3. The apostles had a summary collection of the points of Christian religion which they taught, and also delivered to others to teach by; consisting of two heads, faith and love; as may appear by Paul's exhortation to Timothy, wishing him to keep the pattern of wholesome words; which he had heard of him, in faith and love, which is in Christ Jesus (2 Tim. 3:15). Now the Creed consists not of two heads but of one, namely of faith only, and not of love also. Wherefore I rather think that it is called the Apostles' Creed because it doth summarily contain the chief and principal points of religion, handled and propounded in the doctrine of the apostles. And because the points of the Creed are conformable and agreeable to their doctrine and writings.

And thus much of the title. Now let us hear what the Creed is. It is a sum of things to be believed concerning God and concerning the church, gathered forth of the Scriptures.

I Believe in God

Creator of Heaven and Earth

Of the Fall of Man, and the Covenant of Grace

And Jesus Christ His Only Son, Our Lord

Conceived by the Holy Ghost, Born of the Virgin Mary

Was crucified, dead and buried

He Descended into Hell

The Third Day He Rose Again from the Dead

He Ascended into Heaven

And Sitteth at the Right Hand of God the Father Almighty

I Believe in the Holy Ghost

I Believe in an Holy Catholic Church

The Communion of Saints

The Forgiveness of Sins

The Resurrection of the Body

And the Life Everlasting