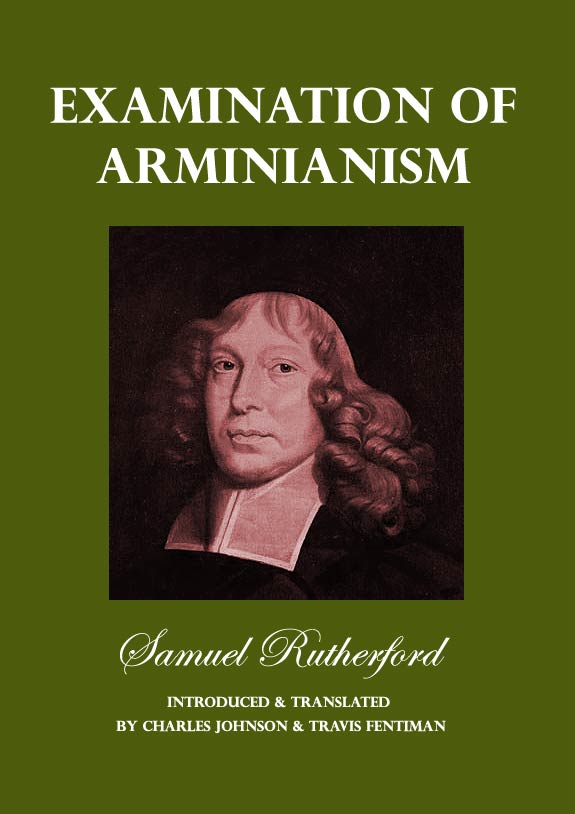 For the first time, here is over a hundred pages translated into English from Rutherford’s Examination of Arminianism in Latin

The closest thing that Samuel Rutherford wrote to a systematic theology was his Examination of Arminianism in Latin. The work’s chief purpose though, was quite narrow: to simply refute the errors of Arminianism. How do these two things coincide? Arminians erred on nearly every subject of theology; therefore Rutherford took advantage of the opportunity to survey the whole theological spectrum. This is the chief value of the Examination: Rutherford here delves into theological points addressed nowhere else in his writings.

The Examination has remained locked up in Latin for nearly four hundred years. The value of here seeing the tables of contents translated into English for the first time, lies in, first, uncovering the scope and contents of the work; and second, in making the work more navigable so that persons might more easily translate further intriguing sections from it. We hope that in encouraging further translations of Rutherford , and possibly someday the whole of the Examination, that this gift to Rev. Robert D. McCurley will be invaluable.

The theological lectures that compose the Examination likely stem from the very inception of the Second Reformation in Scotland (1638), even from Rutherford ’s appointment as professor of divinity at St. Andrews in 1639. It is likely that these lectures were delivered up until Rutherford ’s departure into England for the Westminster Assembly in 1643 when the threat of Arminianism appeared to loom large over England and Scotland . The Examination, though one of Rutherford ’s earliest works, was not published till after his death by his close disciple and friend, Robert MacWard, and the Dutch, reformed theological professor Matthias Nethenus.

In perusing the translation below, one ought not to get hung up on the scholastic form that the Examination takes: though unfamiliar to us, it was intended to be helpful rather than distracting. Rutherford ’s method through the entire book was to take up a series of precise questions on each theological topic, and answer them in a systematic way. The questions themselves are of immense importance as they boil down the controverted issues between the different theological camps to one proposition, affirmed by one side and self-admittedly denied by the other. As Rutherford was for the most part strikingly unoriginal (this writer would claim) in the content of most all of his theology, and as he saw himself as nearly always representatively upholding and defending the long established, reformed-catholic consensus of the post-Reformation era about these points, so the very questions and answers that Rutherford poses are immensely valuable in bringing to light the exact detailed theological points that Reformed Orthodoxy held to and affirmed in her classical era from a better day. 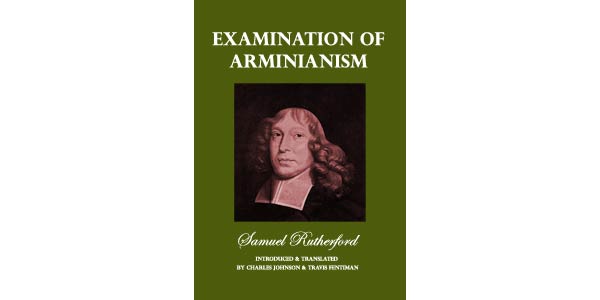 In every section of the work, Rutherford first states the theological question and concisely answers it affirmatively or negatively. Sometimes these questions are previously prefaced with the introduction of a Scripture text which may give rise to the question or may help in part to answer it. Next the question and its parts are clarified and contextualized (defining the ‘state of the question’) so that the issued answer hits its target, being rightly qualified. Rutherford then gives a numbered list of Scriptural and theological reasons for the reformed position. Rutherford ’s discussion is sometimes concise, only giving a handful or less of such reasons. Why would he be content with this? Rutherford lived in an era that emphasized truth and theological objectivity. If the few arguments given are valid, establishing the truth of the position and overturning the contrary, nothing more need be said. However, not uncommonly, Rutherford gives a thorough treatment of the topic with a dozen or more reasons, twenty being about the most. Hence the Examination is virtually a book-long collection of mini, theological disputations. This method facilitated clarity and depth into the minutia of our Lord’s revealed theology that cannot be found in the modern generas of theology today.

The chief value of the Examination, though, does not lie in its historical import or its scholastic form, but rather in that its deep, Scriptural and timeless teaching about our eternal God is priceless. As the reformed divines of the sixteen hundreds seemed to have treated every conceivable theological topic in vastly greater depth and Scriptural detail than any other era of Church history, it is hoped that a reviving of such an older treasure as this will help to greatly inform our relative, theological ignorance.

The translation philosophy here used is that of formal equivalence. The infrequent times that a “literal” translation of the Latin diction has been departed from has only been where the English language has demanded it. In smoothing out the English, accuracy is almost always lost; on the contrary, we have thought faithfulness to be of greater value and have sought to preserve something of Rutherford ’s clear, succinct and precise Latin style.

For the sake of comprehensiveness, the two sections of the Examination translated by Rev. McCurley have been included below. The work here cannot repay the debt of grace this writer owes to his greatly esteemed pastor. With much affection these two mites are dedicated to him whose love and zeal for the God and Christ of Samuel Rutherford bears much fruit.

“But the Plant of Renown, the Man whose name is the Branch,
will bud forth again and blossom as the rose,
and there shall be fair white flourishes again,
with most pleasant fruits, upon that tree of life.
A fair season may He have! Grace, grace be upon that blessed and beautiful tree!
under whose shadow we shall sit and His fruit shall be sweet to our taste.”

1 - Of the Sacred Scriptures and the Content [Materia] of Them

18 – Of the Sacraments and Ecclesiastical Discipline

A Body of Divinity: Being the Substance of Several Lectures on the Assembly's Larger Catechism
Thomas Ridgley
Of God and His Perfections (eBook)
Thomas Boston
An Exposition of the Assembly's Shorter Catechism (eBook)
Thomas Boston
Why Wokeness is a Christian Heresy
John Stonestreet
The Fall
Barry Cooper
Exchanging Truth for a Lie: Image, Idolatry, and the People of God
Dr. Ben Gladd
Prayer and the Ministry of the Word
H.B. Charles Jr.
Of the Office of Teachers
John Owen
Covenant
Geerhardus Vos
Brotherly Love
Geerhardus Vos
The Doctrine of the Trinity
Thomas Ridgley
An Old Experiment’s Attempt to Destroy the New World
Curated Resources
I'm A Christian And You're A Catholic So What's The Difference?
Mike Gendron
The Sheepdogs That Wouldn’t Bark
Doug Wilson
How to Talk to a Heretic (8-Part Sermon Series)
Dr. John MacArthur
Confronting Error with Condemnation, Not Conversation
Dr. John MacArthur
Translation manipulation
World Magazine
The Privileges That Are Ours
Dr Sinclair B Ferguson
New Religions for a New Age
T. M. Suffield
You Must Be Ready for Jesus' Return!
Campbell Markham
The Punishments of Sin in the Present Life
Thomas Ridgley
The Elect are Chosen in Christ
Thomas Ridgley
Trinity vs. Tawheed
James White
DeYoung, Thompson, and Kwon: Seeing the Danger
Neil Shenvi
From Giving Money to Relinquishing Power: The Three Phases of Generosity
Curated Resources
The Joy of the Lord
Fred Sanders
The Intellectual Pattern of Pragmatism
Bruce Little
The Nature and Definition of God
W. G. T. Shedd
The Divine Attributes (eBook)
Thomas Ridgley
The Condition of Those Who Are Without the Gospel
Thomas Ridgley
The Self-Existence of God
Thomas Ridgley
The Trinity’s Fruitful Root
D. Blair Smith
Doddridge on Fake Preaching
Chris Gordon
How Jesus Brings Peace
Nicholas T Batzig
The Problem Is Us
Robert Rothwell
The Foolishness of Preaching
Jonathan Landry Cruse
Being Discerning and Being Critical Are Not the Same thing
Stephen Kneale
Of Devils and Advocates: The Meaning of Native Graves
Steven Wedgeworth
Of the Covenant of Grace, in the Making and Administration of it
John Brown of Haddington
Of the Covenant of Works, in the Making, Breach, and Ruinous Consequences of it
John Brown of Haddington
The Justice of God
John Brown of Haddington
Stuck in Sodom
Doug Eaton
Resources on the Law/Gospel Distinction
R Scott Clark
The Way Calvin Read The Ten Commandments May Not Be The Way You Are Used To Reading The Ten Commandments (But It Should Be)
R Scott Clark
9 Things You Should Know About Mainline Protestantism
Joe Carter
Host as You: Are Practicing Hospitality as a Family
Rosaria Butterfield
How Much Media Is Too Much Media?
John Piper
The Depressing Dead End of ‘Your Truth’
BRETT MCCRACKEN
Three Big Bangs
Alan Shlemon
The Illusion of Porn "Literacy"
Samuel James