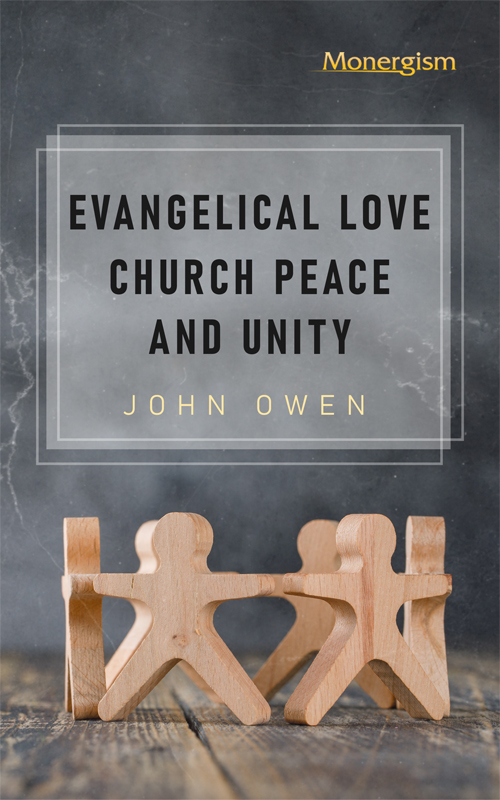 IN 1672, the year in which this "Discourse concerning Evangelical Love, Church-Peace, and Unity" was published, an indulgence had been extended to Dissenters; and, encouraged by this capricious gleam of better feeling on the part of the Government, Dr Owen endeavours in the following discourse to exhibit the religious principles of his denomination, under a light fitted to disarm hostility and allay the rancour with which they had been long regarded.

He shows, Chap. I, that it was not from want of Christian love they continued in a state of separation from the Church of England. After illustrating the obligation of Christian love to all mankind in general, II., he proceeds to establish the claims of the Church of Christ on our affections, considering it first as the spiritual body of Christ, secondly, in regard to its outward profession, and, thirdly, as consisting of professors of the gospel ranged under particular churches. In a position of dissent from the Church of England, there is no repudiation of it as a true church of Christ, and no sin of schism from the church, viewed as catholic and invisible, or as visibly professing the fundamental truths of the gospel, III. The causes of schisms and divisions are specified, such as erroneous views of evangelical unity, and the neglect of various duties incumbent upon the churches for the preservation of order and purity, IV. In the last chapter the grounds and reasons of nonconformity are stated. He first proves that the imposition of terms of communion not required by divine law is inconsistent with the rule of communion established by Christ himself; secondly, with the practice of the apostles; thirdly, with the doctrine of Scripture on the duty of churches and the liberty of Christians in these matters; fourthly, with certain special facts in the history of the primitive churches; and, fifthly, he argues that if unscriptural terms of communion are allowed, it would follow that no rule of communion had been fixed by Christ himself,—an inference which would set aside the authority of Christ over the church. He next illustrates in what respects the terms of communion in the Church of England are unscriptural;—in the subscription to the liturgy which is exacted; in the canonical submission required to the polity of the church; in the observance of unscriptural ceremonies; and in the oath of canonical obedience, which must be taken by its ministers. He shows farther, that in conforming to the usages and polity of the Established Church, consent would be given to the omission of sundry duties which Christ expressly enjoins,—such as the obligation of every minister of the gospel to take the immediate care of the flock whereof he is the overseer, and the responsibility under which he lies to admit to sacramental privileges those only who make "a credible profession of repentance, faith, and obedience." The scope of the argument is to produce the conviction that the guilt of schism rests not with those who refuse, but with those who exact compliance with unscriptural terms of communion.

Mr Orme states that this work of Owen, though very excellent, has not attained the celebrity and circulation of his other writings, "perhaps in consequence of its being without his name." He does not seem to have been aware that though the work on its first issue was anonymous, within a twelvemonth after its publication it was issued anew with the name of the author on the title-page. The value of this discourse would be less appreciated when the controversy between the Established Church and Dissenters assumed another phase. The charge of schism, with the refutation of which it is occupied, soon lost all power, when, in the course of discussion, it came to be felt that this question depended entirely on the validity of the grounds on which secession from any church took place. And to this change in the nature of the discussion, more than to the circumstance that the work was at first published anonymously, may be attributed the comparative neglect into which, in later times, the treatise had fallen. It contains, nevertheless, much important matter, and the spirit which it breathes throughout is admirable.—ED. 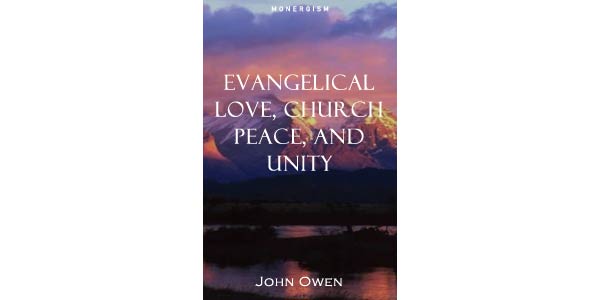 CHAPTER I: Complaints of want of love and unity among Christian

CHAPTER III: Nature of the catholic church — The first and principal object of Christian love

CHAPTER IV: Want of love and unity among Christians justly complained of—Causes of divisions and schisms