The Epistle of Consolation (eBook) 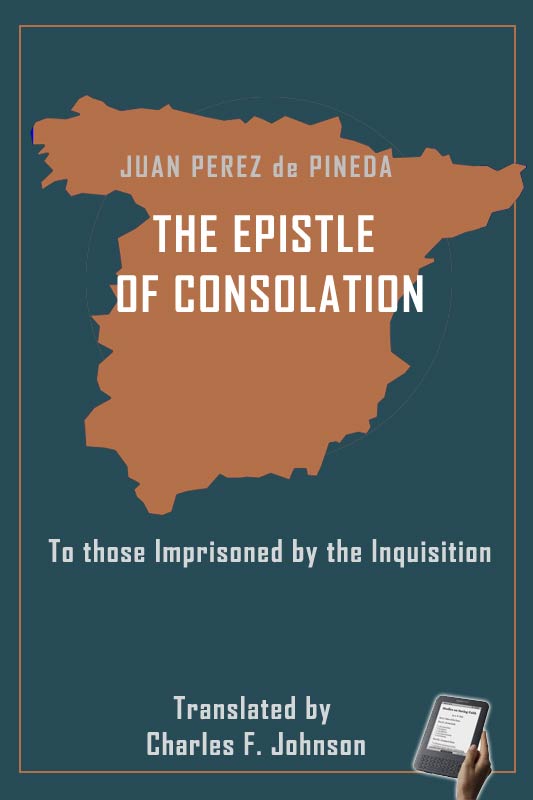 A Reformer of the Church in Spain, To those Imprisoned by the Inquisition

The grace and peace of God our Father, and of the Lord Jesus Christ be with you all, who abide in his mercy and call upon him with a pure heart, and desire his coming and the manifestation of his glory, which things serve to console you and give you strength by the power of his Spirit against the common temptations which everyone who partakes of his atonement is afflicted with in this age, so that you do not grow faint because of them, but rather you be made constant to the end in the grace that has been worked for you in God having given you to know his Son, Jesus Christ, as the only author of your salvation and a constant advocate before His Majesty, so that by his righteousness alone you have a constant hope, rejoicing fully in the eternal inheritance promised to all those that are sanctified by the word of truth.

God is faithful, who will not let any touch you without his express willing, whose power is beyond description, as with his will, because he is able to do all that he desires, and he desires no thing that does not serve the purpose of his honor and glory and salvation for his elect; and this means that all things, adverse though they may be, serve for their good and prosperity.

God having by his mercy given Jesus Christ his Son as Head and having made us all members of his holy body, it is not possible that we stop feeling each other’s shame and weariness, even though bodily, we be far apart, because the Spirit of Jesus Christ, by whom we all live, has us more conjoined and united to each other than the soul is to the body.

As such, my beloved brothers, as I am a partaker of the mercy that we all received in the name of and on the part of the Lord, who gave his life for ours, I have wanted to console you in your affliction with which you are oppressed by the world, and simply because you want to live faithfully in Jesus Christ, so that, you being enlivened by his word[ I also be a partaker of the joy of your consolation and the firmness of your faith. For I have hope in his goodness that he will perfect his work in all of us in such a way that in all circumstances He be glorified, if we live or if we die, because in life and in death He is our gain.

The persecution we suffer is cruel and dangerous. For those that persecute us are not Turks or pagans by profession, but are baptized like us, and are said to have zeal for God, and that which they undertake in order to afflict us they do to serve Him and merit heaven. Because of this, we must obtain to be so much more certain of our calling, and of the good will that God had and has for us, and not doubt because of any circumstance the immutability and firmness of his divine counsel, with which He determined before the foundation of the world to make us saved in Jesus Christ, in the knowledge of whom all our well-being and consolation consist.

Doubt and a lack of awareness of these things tends to create great dismay in the hearts of the faithful. It makes them thin, fearful, cowardly, sad, mistrusting, and puts in them a great forgetfulness of the blessings that they have received from God. Also from here are born those deep moans and sighs with which many, seeing themselves afflicted for the truth, repent of having given ear to and [in having] believed the voice of the Lord. For seeing the hardships that come upon them for confessing the name of Jesus Christ, they lead themselves into deception and return to the wallow of errors and superstitions that they were in before being called, and make themselves greater enemies of God and more cruelly against the truth, and in this way their last years come to be much worse than their early ones.

On the other hand, to know them well and have them impressed upon the heart makes the Christian strong against all adversity and powerful to battle bravely against the forces and power of hell, and to never turn the back to the enemy, and to come to be day-by-day more enriched by the gifts of heaven, with which he is made more pleasing to God. Everything that is against Jesus Christ in the world contradicts and makes war upon him, but he emerges victorious by the power and strength of that knowledge. And in this way, the greater and more deeply rooted it be in our hearts, the more will our consolation in afflictions be more fully grown, our constancy in adversity firmer and stronger, our desire to see ourselves with God more enlivened, and greater our lack of regard for the world and for all the pleasures that reign in it. And we will better be able to sanctify the name of the Lord and to plead to Him with a more fervent desire that his kingdom come, so that that [kingdom] of his enemies be totally destroyed, and He alone be obeyed and reign in the consciences of those He redeemed.

1. Our State Before Conversion

2. The Origin of Our Salvation

3. Christ, The Cause of Our Election

5. The Cause of the Affliction of the Faithful

6. The Cross of Christ and of Those That Are His: Ordained by God

7. The Providence of God for his Persecuted People

8. The Union of the Faithful with Christ in Persecution

9. The Riches of the Faithful

10. Why the Faithful Are the Most Afflicted

11. The Privileged Ones: Those that Suffer for the Gospel

12. The Word of Promise is the Refuge of the Faithful

13. The Truth of God Does Not Depend on Men

16. The Faithful, Known by God and Strangers to the World

17. The Faithful, Glorified in Christ

18. The Faithful, Heirs of the World

19. The Tyrannical Power Is Pitiful

20. An Admonishment from the Scriptures

21. Vain Is the Prosperity of the Wicked

22. The Righteous Live and Reign Forever 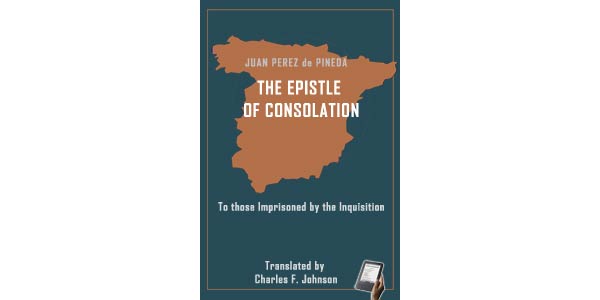