Does the spiritual inability of man consist of the loss of his free will, his liberum arbitrium? 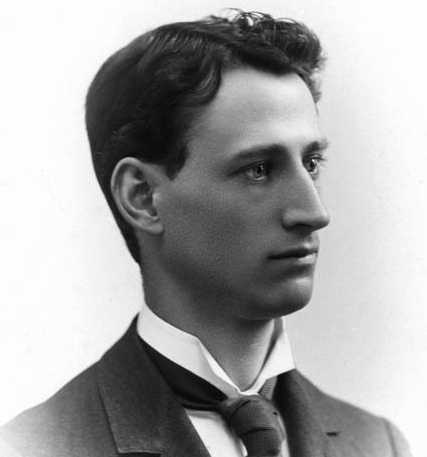 This question should be answered in different ways. If by “free will” one means the spontaneity that the soul works from itself without compulsion, this characteristic is inseparably connected with the concept of will. An unfree, enslaved will, then, is a contradictio in adjecto, something that never has existed and never can exist.

If, however, by “free will” one means the abstract possibility that the will of man turns from good to evil or from evil to good, then this liberum arbitrium existed before the fall but no longer after the fall. This is also what theologians meant when they listed the loss of the liberum arbitrium as one of the consequences of sin. Man did possess the capacity to make evil from good, but not the capacity to make good again from evil. The latter, the bringing about of something good as well as the abolishing of something evil, is the exclusive prerogative of the omnipotence of God. And inasmuch as now, after his fall, man must always do evil contrary to the testimony of his conscience, and sin hinders the development and free movement of all his powers, one may speak in this sense, too, of a lack of freedom and bondage in which he exists as sinner.

How can you prove this teaching of the inability of man for doing spiritual good?

a)      From the fact that Scripture nowhere ascribes to fallen man any capacity to do good of himself.
b)      From the express declaration of Scripture that the opposite is the case. Compare John 15:4, 5; 6:44; Romans 8:7; 1 Corinthians 2:14.
c)      From the form in which Scripture presents to us the doctrine of original sin. In this connection two features especially must be noted. The natural condition of sinful man is portrayed as a condition of death and as a fleshly condition. The point of comparison in both of these images includes the utter inability for spiritual good. As little as a dead person can stir or lifeless flesh can achieve an expression of life, just so little can the natural man do what is good toward God.
d)      From the explanation of Scripture that man is not only negatively dead toward God and fleshly passive but also, moreover, that in this death lurks a principle of development and of hostility against God. Man, therefore, is not shackled in total inability by a single bond, but by two bonds.
e)      From the necessity that the favor and fellowship of God are indispensable for man if he will produce spiritual good. As long as the wrath of God rests on him, nothing in his life can prosper. The consciousness of the judgment under which he lies, without having yet reckoned with other things, cuts off every good deed at the root.
f)      From the necessity of the immediate working of grace by the Holy Spirit in regeneration. This is the other side of what was said under c). Everywhere the Holy Spirit is presented as the one who awakes life and the source of life. Nowhere in Scripture does the human soul appear as a self-changing subject, but always as an object that becomes changed from the outside by affecting grace. Hence there is spoken of a new birth, a new creation, a resurrection from the dead.
g)      From the experience of the children of God. None will assert that he is capable of doing what the law demands of him. The awareness of guilt of an awakened sinner also includes, among other things, the conviction that he is bound by sin and cannot save himself. This sense of helplessness is precisely the characteristic of true repentance. Inasmuch, then, as the latter is nothing other than a coming to be aware of the real condition of man, we can infer from it that this in fact is a condition of inability.

Which objections have been advanced against this doctrine of total inability?

a)      That it is incompatible with the moral responsibility of man. To this we respond with the following:
1.      Inability to do good is only incompatible with responsibility if this inability has a non-moral origin. For man this is not the case. He cannot, but that is because the direction of his will is wrong, going against God. It is not a natural capacity to will that is lacking in him, but the good moral quality of his capacity. This is what we found to be the kernel of truth in the distinction between natural and moral inability. Only we would also want to call this moral inability natural, inasmuch as it belongs to the nature of man to be moral and to be good.
2.      In human judicial proceedings, which are carried out in the name of God, responsibility is not limited by inability. No judge will maintain that the guilty person was always capable of desisting from the act for which he was condemned. Nevertheless, he pronounces the verdict on it. Still more than this, the judge will rightly seek the ground for his verdict in the relationship between character and deed. That is why it always counts as valid evidence when one seeks to show that there is no correspondence between the character of the accused and the deed with which he is charged.
b)      That it removes every impulse to act. However, it does so only with respect to doing acts of holiness. Hence it is presented more clearly in the New Testament than under the old covenant, when the economy was still a legal one. With respect to the activities of the soul directed toward receiving the benefits of the covenant of grace, there can be no thought of removing an impulse, simply because these activities do not come into consideration as spiritually good acts but as instrumental acts. When the demand of the covenant of grace for faith and repentance comes to someone, the meaning of it is not, “perform a spiritually good deed, then you will be saved,” but “acknowledge that your salvation is in Christ.” Of course, it therefore remains the case for faith and repentance that in them a principle of spiritual good is present, for we teach that they are impossible without regeneration. But in the appropriation of the benefits of the covenant of grace, they do not figure under this aspect. Moreover, even the faith by which one is justified, viewed materially, is still an expression of a soul stained with sin and unrighteousness, which for its cleansing, which faith itself imparts, is in need of the righteousness of Christ. The faith, by which we are justified, is itself not righteous before God.
c)      That it leads to postponing conversion. One says that it leads man to the thought, “I must wait on God’s time.” This, however, is by no means the case. If man lives with the consciousness of being able of his own power and on his own initiative to effect his conversion or even his regeneration, this could be for him a source of indifference and carelessness. It is capable of psychological proof that those actions that are in our own power result in no deeper movement in the life of our soul, while, on the contrary, the consciousness of inability and helpless passivity in important concerns can shake man in his deepest depths. So too here. Whoever preaches to man that he can change himself must expect that he will delay this easy change from one hour to the next. On the other hand, it can never have harmful consequences to tell man the full truth concerning his condition, provided that one but takes care that this inability itself is impressed on the conscience as guilt and responsibility.

Of The Holy Scripture WCF 1
Nicholas T Batzig
Tiyo Soga – The First Ordained Black South African
Simonetta Carr
In the World, but Not of the World
Ryan Higginbottom
Guilty, Anyone?
Peter Jones
Assurance of Salvation
Thomas Ridgley
Is the Church Necessary?
Ryan McGraw
Truth Corresponds to Reality
R C Sproul
What does it mean to fear the Lord?
Dr. John MacArthur
Election and Foreknowledge
Fred G Zaspel
Foreknowledge and Decree of God
Phil Ryken
Does God Know Everything That Could Possibly Happen?
Blue Letter Bible FAQ
Reformed Critique of Middle Knowledge
Francis Turretin
Calvinism and Foreknowledge – Romans 8:29, 1 Peter 1:2
Reformed Wiki
The Foreknowledge of God
Curated Resources
No Family Is Too Busy for Church
Marshall Segal
We Need Worldview-Confronting Preaching
Adam Nesmith
The Principles Of Reformed Worship
R Scott Clark
Did God Change at the Incarnation?
Keith Mathison
The Ordinary Means of Grace (Series of Essays)
Nine Marks
The 3 Most Important Truths I Learned at Seminary
Pierce Hibbs
The Big Picture of the End Times (YouTube)
James White
A Body of Divinity: Being the Substance of Several Lectures on the Assembly's Larger Catechism
Thomas Ridgley
Of God and His Perfections (eBook)
Thomas Boston
An Exposition of the Assembly's Shorter Catechism (eBook)
Thomas Boston
Why Wokeness is a Christian Heresy
John Stonestreet
The Fall
Barry Cooper
Exchanging Truth for a Lie: Image, Idolatry, and the People of God
Dr. Ben Gladd
Prayer and the Ministry of the Word
H.B. Charles Jr.
Of the Office of Teachers
John Owen
Covenant
Geerhardus Vos
Brotherly Love
Geerhardus Vos
The Doctrine of the Trinity
Thomas Ridgley
An Old Experiment’s Attempt to Destroy the New World
Curated Resources
I'm A Christian And You're A Catholic So What's The Difference?
Mike Gendron
The Sheepdogs That Wouldn’t Bark
Doug Wilson
How to Talk to a Heretic (8-Part Sermon Series)
Dr. John MacArthur
Confronting Error with Condemnation, Not Conversation
Dr. John MacArthur
Translation manipulation
World Magazine
The Privileges That Are Ours
Dr Sinclair B Ferguson
New Religions for a New Age
T. M. Suffield
You Must Be Ready for Jesus' Return!
Campbell Markham
The Punishments of Sin in the Present Life
Thomas Ridgley
The Elect are Chosen in Christ
Thomas Ridgley
Trinity vs. Tawheed
James White
DeYoung, Thompson, and Kwon: Seeing the Danger
Neil Shenvi
From Giving Money to Relinquishing Power: The Three Phases of Generosity
Curated Resources
The Joy of the Lord
Fred Sanders
The Intellectual Pattern of Pragmatism
Bruce Little
The Nature and Definition of God
W. G. T. Shedd
The Divine Attributes (eBook)
Thomas Ridgley