The Divine Origin of the Bible (eBook) 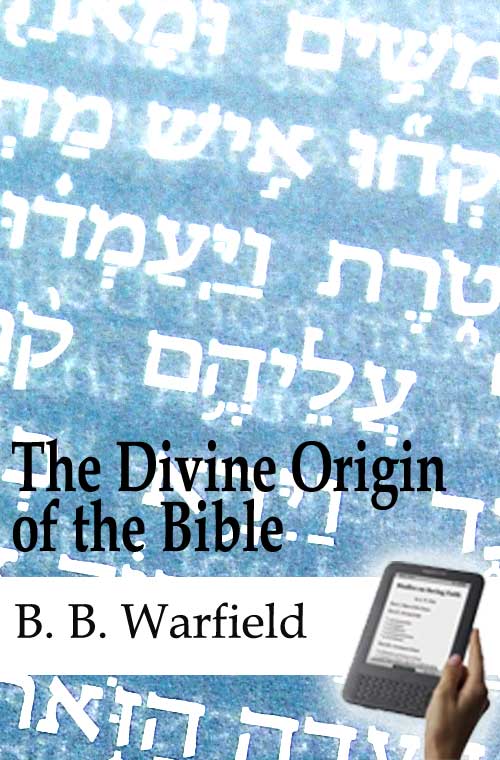 When the Christian asserts his faith in the divine origin of his Bible, he does not mean to deny that it was composed and written by men or that it was given by men to the world. He believes that the marks of its human origin are ineradicably stamped on every page of the whole volume. He means to state only that it is not merely human in its origin. If asked where and how the divine has entered this divine-human book, he must reply: "Everywhere, and in almost every way conceivable." Throughout the whole preparation of the material to be written and of the men to write it; throughout the whole process of the gathering and classification and use of the material by the writers; throughout the whole process of the actual writing, - he sees at work divine influences of the most varied kinds, extending all the way from simply providential superintendence and spiritual illumination to direct revelation and inspiration.

It is of great importance to distinguish between these various ways in which the divine has been active in originating the Scriptures, but it is of vastly greater importance to fix the previous fact that it is in the Scriptures at all and has entered them in any way. The present essay aims, therefore, without raising any of the many questions which concern the distinguishing of the various activities of God in originating his Scriptures, to busy itself with the one previous question: Is there reason to believe that God has been concerned at all in the origin of the Bible?

The question thus proposed is a very general one. And it is a very immense one - almost limitless. It is, of course, utterly impossible to do more than touch upon it in any reasonable space, and all that could be urged in a single paper or in any reasonably circumscribed series of papers would bear a very small proportion to all that might be urged - to the mighty case that could be made out. No attempt can be made, therefore, toward fullness of treatment. A series of propositions most baldly stated will only be laid down one after the other, and it will be left to the reader to develop and illustrate them and bring out their combined force, which will, however, it is hoped, be immediately partly evident from their simple statement. An effort will also be made, in the choice of the propositions and their ordering, to frame an argument of a kind which will demand, as of right, entrance into every mind; one, therefore, which will depend for its force on no original assumptions, but will begin rather with simple and patent facts - will simply put these facts together and then inquire what kind of facts they are and what they imply. Thus the reasoning will take the form of an inquiry rather than an argument - of an induction rather than a demonstration. The conclusions reached may not be so sharply and accurately defined as if reached by other methods, but they have the advantage of being obtained by a process to every step of which every man's mind ought to be open.

Our purpose is to look upon the Bible simply as one of the facts of the universe, of which every theory of the universe must take account, and for which, just as surely as for gravitation, it must make account or itself die, and then ask (and press the question): What kind of a cause must be assumed to account for it just as it is and just as it arose in the world? Thus we may inductively come to an answer to the query: "Must we assume superhuman activities at work in the genesis of this book?"

The History of the Bible

The Structure of the Bible

The Teaching of the Bible

Special Characteristics of the Bible

Impossibility of Accounting for the Bible