The Church of Christ (eBook) 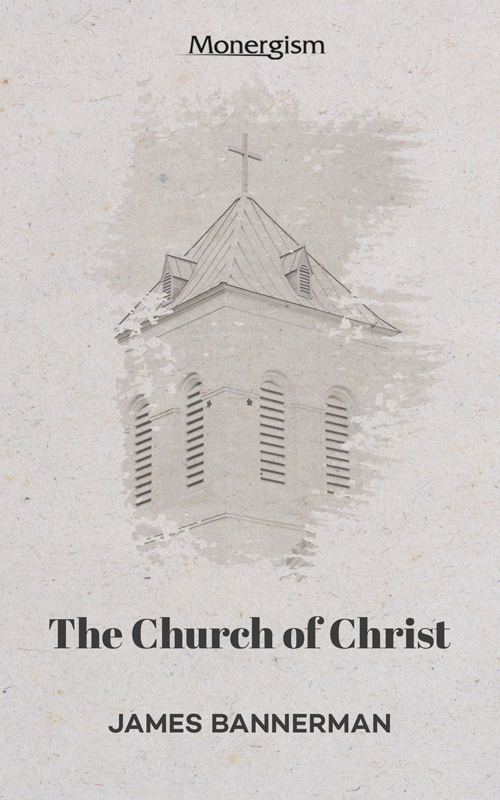 Bannerman's two-volume Church of Christ is one of the greatest classic treatments of doctrine of the church in the history of the church. He is unashamedly Reformed and distinctively Presbyterian. The church mattered to Bannerman and his work can teach us about why the church should matter to us. James Bannerman was one of the many great luminaries who adorned the Free Church of Scotland in its early years in the nineteenth-century. His work was derived from his course lectures as a seminary professor and was published by his son, Douglas Bannerman.

"...for those who wish to study the doctrine of the Church in its several aspects as it was held by the majority of the Reformers, Puritans, Covenanters and leaders of 'The Third Reformation,' it will prove an invaluable textbook." - Iain Murray

“Bannerman’s The Church of Christ is the most extensive, standard, solid, Reformed treatment of the doctrine of the church that has ever been written. It is indisputably the classic in its field."
Joel R. Beeke, President of Puritan Reformed Theological Seminary, Grand Rapids, Michigan

“During my seminary training in Edinburgh, I spent long hours plowing my way through James Bannerman's Church of Christ. There was so much valuable and precious truth in these volumes.
David P. Murray, Professor of Old Testament and Practical Theology at Puritan Reformed Theological Seminary

“Professor James Bannerman taught annually on the doctrine of the church at the New College in Edinburgh until his death in 1868—the same year he finished his masterpiece, The Church of Christ. It was in this great work that Professor Bannerman sought to equip his students for their ‘delicate and arduous task’ as future churchmen. As it was the privilege of those young scholars to receive these words from his lips, it is our privilege to receive them from his pen.
A. Craig Troxel, Pastor of Bethel Presbyterian Church, and Adjunct Professor of Systematic Theology at Westminster Theological Seminary

A Hard copy of the Church of Christ can be purchased here. 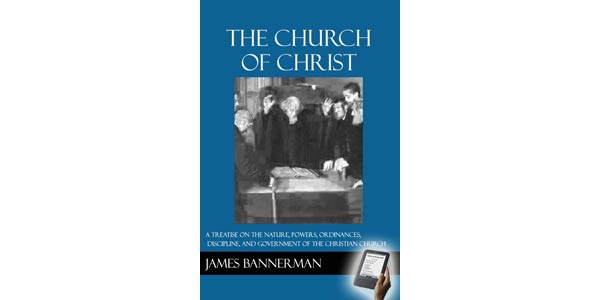 PART I.—NATURE OF THE CHURCH

CHAP. I. The Church as defined in Scripture

II. The Church a Divine and Spiritual Institution

III. The Church as Visible and Invisible

IV. The Church as Catholic and Local

V. The "Notes" of the Church

VI. The Members of the Church

VII. The Church in its relation to the World

VIII. The Church in its relation to the State

SEC. I. Essential Distinction and Mutual Independence of Church and State

II. Lawfulness of the Connection of Church and State

SUBSEC. The Non-Identity of Church and State among the Jews

III. Duty of the Connection of Church and State

IV. Necessity of the Connection of Church and State

V. Spiritual Independence and the Principles of Toleration

VI. Liberty of Conscience; its Extent and Limits

VII. Doctrine of the Westminster Confession on Church and State

PART II.—POWER OF THE CHURCH

CHAP. I. The Source of Church Power

SEC. I. The Headship of Christ

CHAP. II. The Rule or Law of church Power

III. The Nature and Character of Church Power

IV. The Extent and Limits of Church Power

V. The End and Design of Church power

PART III.—MATTERS IN REGARD TO WHICH CHURCH POWER IS EXERCISED

DIV. I.—CHURCH POWER EXERCISED IN REGARD TO Doctrine

CHAP. I. The Power and Duty of the Church in regard to Matters of Faith

CHAP. II. Church Creeds and Confessions: or, Subordinate Standards, their Lawfulness and Use

DIV. II.—CHURCH POWER EXERCISED IN REGARD TO Ordinances

CHAP. I. The Divine Origin, Permanent Obligation, and Legitimate Parts of Public Worship

SEC. I. Extent of Church Power as regards the Public Worship of God

SEC. II. Limits of Church Power as regards the Public Worship of God

CHAP. III. Liturgies, or Prescribed and Imposed Forms of Prayer

CHAP. I. The Christian Sabbath

SUBDIV. III.—THE INSTRUMENTALITY FOR PUBLIC WORSHIP, OR THE CHRISTIAN MINISTRY

CHAP. I. The Ministry a Divine and standing Ordinance in the Church,—the Ministerial and Pastoral Title

III. The Independent Theory of the Ministry

SUBDIV. IV.—POSITIVE DIVINE INSTITUTIONS IN ADDITION TO THE ORDINARY PUBLIC WORSHIP OF THE LORD'S DAY, OR THE SACRAMENTS

CHAP. I. The Sacraments in General

SEC. I. Nature and Efficacy of the Sacraments of the New Testament, and Difference between them and Non-Sacramental Ordinances

II. Unscriptural or Defective Views of the Sacraments

CHAP. II. The Sacrament of Baptism

SEC. I. Nature of the Ordinance

II. The Subjects of Baptism as regards Adults

VI. The Modes of Baptism

CHAP. III. The Sacrament of the Lord's Supper

SEC. I. Nature of the Ordinance

III. The Doctrine of the Real Presence and the Priestly Theory

IV. The Sacrifice of the Mass, and other forms of the Sacrificial Theory

DIV. III.—CHURCH POWER EXERCISED IN REGARD TO Discipline

CHAP. I. Nature, Design, and Limits of the Discipline of the Christian Church

PART IV.—PARTIES IN WHOM THE RIGHT TO EXERCISE CHURCH POWER IS VESTED

CHAP. I. Divine Appointment of a Form of Church Government

II. The Extraordinary Office-Bearers of the Christian Church

SEC. I. Office of Apostles

II. Offices of Prophets and Evangelists

CHAP. IV. The Prelatic System of Church Polity as opposed to the Presbyterian

SEC. I. No Evidence in Scripture, but the reverse, for the Appointment by our Lord or His Apostles of an Order of Bishops as distinct from Presbyters

SEC. II. No Evidence in Scripture, but the reverse, of the Exercise of the Powers of a Diocesan Bishop by any distinct and permanent Order of Office-Bearers, apart from that of Presbyters

CHAP. V. The Independent System of Church Polity as opposed to the Presbyterian

SEC. I. The Congregational Principle as opposed to Presbyterianism

SEC. II. The Independent Principle as opposed to Presbyterianism

A. Bearing of Scripture Principles on the Lawfulness and Duty of Union between separate Churches

B. Doctrine of the Confession of Faith as to Recognition and Endowment of the Church by the State; Articles of Agreement and Distinctive Articles of the Churches now Negotiating for Union in Scotland, with respect to the Civil Magistrate

C. Note on the History of Voluntaryism

D. Practical Aspects of the Relation between Church and State

G. The Book of Common Order

H. The Imposition of Hands in Ordination

I. Notes on the Literature of the Subject of this Treatise