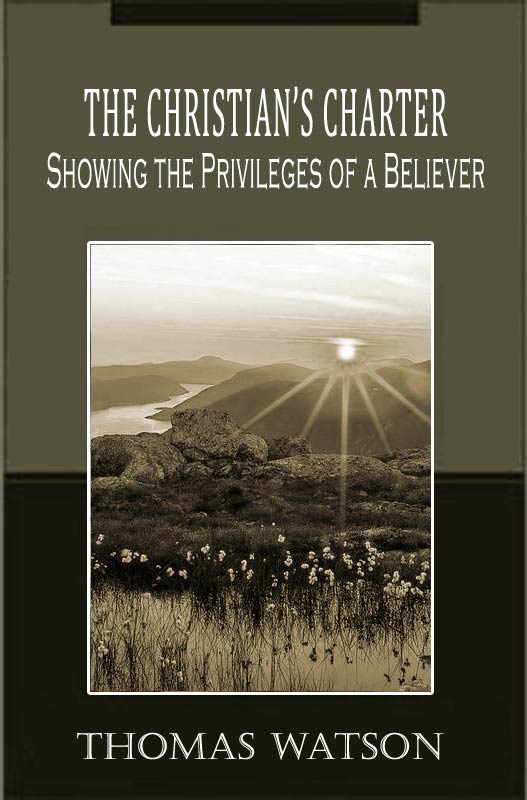 Showing the Privileges of a Believer

"All things are yours: whether Paul or Apollos or Cephas or the world or life or death or things present or things to come—all are yours, and you belong to Christ, and Christ to God." 1 Corinthians 3:21-23

Happiness is the mark and center which every man aims at. The next thing that is sought after being, is being happy. Surely, the nearer the soul comes to God, who is the fountain of life and peace, the nearer it approaches to happiness. Who is so near to God as the believer, who is mystically one with him? he must needs be the happy man. If you would survey his blessed estate, cast your eyes upon this text, which points to it, as the finger to the dial: "All things are yours." The text may not unfitly be compared to the tree of life, which bore twelve kinds of fruits, and yielded her fruit every month; there are many precious clusters growing out of this text, and being skillfully improved, will yield much excellent fruit.

In the words we have the inventory of a Christian, "All things are yours!" A strange paradox! when a believer can call nothing his, yet he can say, all things are his. I have often thought a poor Christian who lives in a prison, or some old cottage, is like the banker, who, though he goes poor, and can hardly find himself bread, yet has thousands at his fingertips. So it is with a child of God, "as having nothing—yet possessing all things." What once the philosopher said, "Only the wise man is the rich man." But I say, "only the believer is the rich man!" Here is his estate summed up, "all things are his."

Objection. Before I come to the words, there is an objection must be removed. If all things are ours, there seems to be a community; what is one man's is another's.

Answer. The apostle does not speak here of civil possessions. Paul was no leveler, he did not go about to destroy any man's property; for though he says, "all things are yours"; yet he does not say, what any man has is yours.

Objection: But is it not said, They had all things common? Acts 2:44.

Answer. It is true; but this was purely voluntary; there was no precept for it, or obligation to do it.

If it be objected, that this was set down as an example to imitate;

1. I answer—Examples in scripture are not always precepts. The prophet Elijah called for fire from heaven, to consume the captains and their fifties; but it does not therefore follow, that when one Christian is angry with another, he may call for fire from heaven. Thus the primitive saints, out of prudence and charity, had all things common; it will not therefore follow, that in every age and century of the church, there should be a common stock, and everyone have a share.

2. I answer—Though the disciples had all things common—yet still they held their ownership, as is clear by Peter's speech to Ananias, "While it remained, was it not your own? and after it was sold, was it not in your own power?" It is true in one sense, what the primitive church had, was not their own; so much as could be spared, was for the relief of the saints; thus all things were common. But still they kept a part of their estate in their own hand. There is a double right to an estate, a right of Ownership, and a right of Charity. The right of charity belongs to the poor—but the right of ownership belongs to the owner. For instance, God made a law, that a man must not put his sickle into his neighbor's grain. We read that the disciples being hungry when they went through the fields on the Sabbath, did pluck the ears of corn—there was Charity; but they must not put the sickle into the corn—here was ownership. This I the rather speak, because there are some, that when God has made a gift to one, would make all common. The Lord has set the eighth commandment as a fence about a man's estate; and he who breaks this hedge, a serpent shall bite him. Thus having taken that objection out of the way, I come now to the next.

The text falls into three parts.

2. The proprietors, "all things are yours."

Which three branches will make up this one proposition.

Doctrine. That all things in heaven and earth are the portion and privilege of a believer. "He who overcomes shall inherit all things." A large inventory! "All things!" We cannot have more than all; and the apostle doubles it, to take away all hesitancy and doubting from faith. 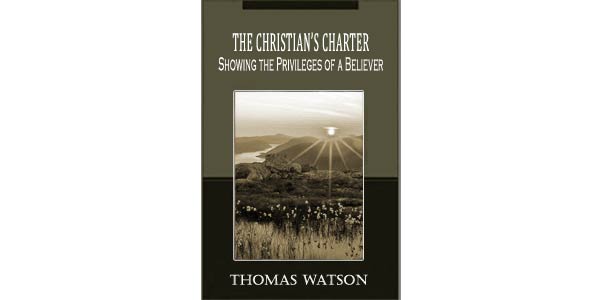 Chapter 1. The Porch or Entrance into the Words, together with the Proposition.

Chapter 2. The Arguments proving the Proposition.

Chapter 3. Things Present are a Believer's.

Chapter 4. The Augmentation of the Charter.

Chapter 5. Showing that things to Come are a Believer's.

Chapter 6. The first Royal Privilege of a Christian, is Death.

Chapter 7. The second Royal Privilege of a Christian, is that he shall be carried up by the angels.

Chapter 8. The Third Royal Privilege of a Believer is—that he shall "be with Christ in glory."

Chapter 10. The Fifth Royal Privilege—our Knowledge shall be clear.

Chapter 11. The Sixth Royal Privilege—our Love shall be perfect.

Chapter 12. The Seventh Royal Privilege—the resurrection of our bodies.

Chapter 13. The eighth Royal Privilege—The bodies of the saints shall be enameled with glory!

Chapter 14. The Ninth Royal Privilege is—that we shall be as the angels in heaven!

Chapter 15. The Tenth Royal Privilege is—the vindication of our Reputations.

Chapter 17. The Last Royal Privilege is—that God will make a public and honorable mention of all the good which the saints have done.

Chapter 18. The First Inference drawn from the Proposition.

Chapter 19. The Second Inference drawn from the Proposition.

Chapter 20. A Serious Scrutiny about the Believer's Charter.

Chapter 22. Showing the Duties of a believer—in response to God's astonishing mercy.

Trouble of Mind and the Disease of Melancholy (YouTube Audio Book)
Timothy Rogers
A Discourse Concerning Trouble of Mind, and the Disease of Melancholy (eBook)
Timothy Rogers
How to Learn Contentment
J R Miller
Adoption: Meeting a Desperate Need
Dan Cruver
The Deity of Christ
Kim Riddlebarger
Hear Anything Lately About the Wrath of God? The Silence Is Deafening
Kim Riddlebarger
Joseph's Faith in the Face of Death
Kim Riddlebarger
God will not Forsake His Saints
Mike Ratliff
Why I Left The Mormon Church
Curated Resources
Think Small for Big Improvements in Preaching
Jonathan T Pennington
It is finished - John 19:30
Thomas Manton
That Dreadful Cup and Our Faithful Savior
Erik Raymond
Why Have You Forsaken Me?
Charles Wingard
Why Did Jesus Pray 'Let This Cup Pass from Me'?
Dave Jenkins
The Cup of Salvation
James Grant
Jesus in Gethsemane
Dr Knox Chamblin
The Other Cup
Ray Dillard
A Cup of Wrath Poured Out
Kevin DeYoung
The cup which my Father hath given me, shall I not drink it?
Thomas Manton
On the Affections of God
Curated Resources
Truth We Confess: Confessional Integrity and the PCA
David Strain
Christ’s Church
Dr Harry L Reeder III
Amillennial.org
Curated Resources
The Error of Dispensationalism (YouTube)
119 Ministries
Four Ways to Read the Book of Revelation (YouTube)
R C Sproul
A Robbery Committed, And Restitution Made, Both To God And Man
Ebenezer Erskine
The Noetic Effects of Sin
Barry Cooper
Perseverance
Barry Cooper
The Absolute Sovereignty of God Over All
Ray Heiple
The Westminster Confession and Good and Necessary Consequence
Stephen Unthank
Platforms, Polemics, and Pastoral Ministry
Nicholas T Batzig
Fellowship With God (eBook)
Hugh Binning
Pitiful Pride
Carl Trueman
Rich and Miserable — How Can It Be?
Scott Sauls
Do Not Love the World - 1 John 2:12–17 (MP3)
Dr. John MacArthur
The State of Our Dis-Union Symposium (YouTube Lecture Series)
Peter Jones, Thaddeus Williams, Dr. Joseph Boot, Mark Robinson
Christ and the Inheritance of the Saints (eBook)
Thomas Guthrie
Fire and Brimstone in Hell to Burn the Wicked (eBook)
Thomas Vincent
Holy Power for Imperfect Preachers
Ray Ortlund
A Most Offensive Love: The Hard Sayings of a Kind Savior
Joe Rigney
Mugged by Reality
Sharon James
An Interview with Rod Dreher on Soft Totalitarianism
Andrew Walker
The Beautiful Meaning of Marital Sexual Intimacy
Curated Resources
Is Complementarianism a Man-Made Doctrine?
Denny Burk
A Biological Survey and Theological Reflection on Sexual Dimorphism
Curated Resources
A Cultural History of Fatherhood & Its Retrieval
Michael Haykin
The Mystery of Providence (flip book)
John Flavel
What is a Church Member?
Willem Apollonius
Christ in the Clouds Coming to Judgment
Ebenezer Erskine
A pastor’s response to “Will I be fully accepted at your church as a gay man?”
David E Prince