“The task of the preacher, therefore, is to take the Bible and to do two things in every sermon: destroy self-righteousness and point hearers toward the alien, external righteousness of Christ.”
― Carl R. Trueman, Luther on the Christian Life: Cross and Freedom 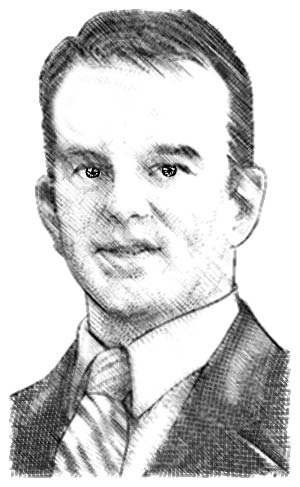 Rev. Dr. Carl R. Trueman (PhD, Aberdeen) Trueman is also the Pastor of Cornerstone Presbyterian Church in Ambler, PA.and holds the Paul Woolley Chair of Church History and is professor of church history at Westminster Theological Seminary. He has written more than a dozen books, and is currently co-editing with Bruce Gordon the Oxford Handbook of Calvin and Calvinism due in 2017.

Dr. Trueman’s academic interests include Reformation church history, including the life and work of men like Martin Luther and John Owen. For those who are new to Dr. Trueman’s writing and teaching on his research interests, he recommends several resources as places to start. Regarding Reformation church history, he would recommend beginning with his course The Reformation, available free online, or his book Reformation: Yesterday, Today, and Tomorrow. On Luther, he would recommend watching his recent lecture “Martin Luther, Troubled Prophet,” or reading Luther on the Christian Life: Cross and Freedom. On John Owen, he would suggest his book John Owen: Reformed Catholic, Renaissance Man, or watching his recent lecture series on John Owen: Battling Sin and Temptation

Dr. Trueman also writes online regularly at firstthings.com on contemporary issues such as religious freedom and the state of the church.

Dr. Trueman is an ordained minister in the Orthodox Presbyterian Church, and is pastor of Cornerstone OPC in Ambler, PA.

“The answer to the problem of evil does not lie in trying to establish its point of origin, for that is simply not revealed to us. Rather, in the moment of the cross, it becomes clear that evil is utterly subverted for good.... If God can take the greatest of evils and turn them for the greatest of goods, then how much more can he take the lesser evils which litter human history, from individual tragedies to international disasters, and turn them to his good purpose as well.” ― Carl R. Trueman

“drinking beer with friends is perhaps the most underestimated of all Reformation insights and essential to ongoing reform; and wasting time with a choice friend or two on a regular basis might be the best investment of time you ever make.”
― Carl R. Trueman, Fools Rush In Where Monkeys Fear to Tread: Taking Aim at Everyone

“The collapse in evangelical doctrinal consensus is intimately related to the collapse in the understanding of, and role assigned to, Scripture as God's Word spoken within the church. p. 98”
― Carl R. Trueman, Reformation: Yesterday, Today and Tomorrow

The Reformation (19-Part Video Series)
The Person and Work of Christ (MP3 Lecture Series)
Issues for the Western Church in the 21st Century (3-Part YouTube Lecture Series)
Why the Reformation Isn’t Over
Calvin and Calvinism (YouTube)
Five Solas - Sola Gratia (YouTube)
John Owen (MP3 Series)
Grace and a Theology of Preaching
Saving the Reformation from its Friends (MP3)
Martin Luther, Troubled Prophet (Video)
What has Mussolini to Do with Huss?
Bannerman’s Church of Christ: A Tract for Our Times
George Whitefield: Preacher, Celebrity, Saint
Calvin as Theologian
Luther and Preaching
Luther as Pastor
Inerrancy & Church History (100-1800 AD)
Why Is Good Preaching So Rare?
One Little Word Shall Fell Him
Celebrity Pastor: Indecent Exposure?
Throwing the Book at His Enemies: James I and His Bible
The Prophetic Word: What Preaching Is (and Is Not)
Like Sheep without a Shepherd
A Clear and Present Word: Luther and the Clarity of Scripture
Luther, Erasmus, and the Clarity of Scripture
The Theology of the Cross: The Forgotten Heart of the Reformation
The Real Scandal of the Evangelical Mind (YouTube)
Dr. Carl R. Trueman - Do We "Do" Church? (YouTube)
Trinitarian Nature of Devotion (MP3)
The Foolishness of the Gospel (MP3)
The True Measure of an Authentic Christian (MP3)
Scripture's Authority: An Ancient Doctrine (MP3)

The Cultural Case against Creeds and Confessions
Amyraldianism
The Marcions have landed! A Warning for Evangelicals
Tragic Worship
The Cross, Suffering and Assurance: Fundamental Insights from the Reformation
Adam and Eve and Pinch Me
Pornography: The New Normal
Cigar Smoke and Mirrors and Transformation
What if Life Was Complex?
Mark Driscoll’s Problems, and Ours: the crisis of leadership in American Evangelicalism
How Do You Pastor People Engaged in Serious Repeated Sin?
A Man More Sinned Against than Sinning?
Reckoning With The Past in an Anti-Historical Age
Christianity, Liberalism and the New Evangelicalism
A Good Creed Seldom Goes Unpunished
Christianity, Liberalism and the New Evangelicalism
Review of Roger Olsen's "Arminian Theology: Myths and Realities"
The New Atheism
Old Opium Meets the New
Look, It's Rubbish
Is Hurt Mail the New Hate Mail
The Nameless One: On the YRR Movement
The Real Scandal of the Evangelical Mind
Life on the Cultic Fringe: Does Christianity Risk Becoming a Cult by Rejecting Evolution?
Doubting on Your Part Does Not Constitute a Crisis of Faith on Mine

A Church for Exiles
Historical Is Not Enough
A Tale of Two Marxisms
Remembering the Reformation but Celebrating What?

Reformation Theology: A Systematic Summary  (2017)
Grace Alone---Salvation as a Gift of God: What the Reformers Taught...and Why It Still Matters (The Five Solas Series) (2017)
The Creedal Imperative
Luther on the Christian Life: Cross and Freedom
Republocrat: Confessions of a Liberal Conservative
The Real Scandal of the Evangelical Mind
Histories and Fallacies: Problems Faced in the Writing of History
Reformation: Yesterday, Today and Tomorrow
The Wages of Spin: Critical Writings on Historical and Contemporary Evangelicalism
Fools Rush in Where Monkeys Fear to Tread: Taking Aim at Everyone
John Owen: Reformed Catholic, Renaissance Man (Great Theologians)
Minority Report: Unpopular Thoughts on Everything from Ancient Christianity to Zen Calvinism (Sent to Save)
Reformation: Yesterday, Today and Tomorrow