The Spirit Bears Witness to What Has Been Written 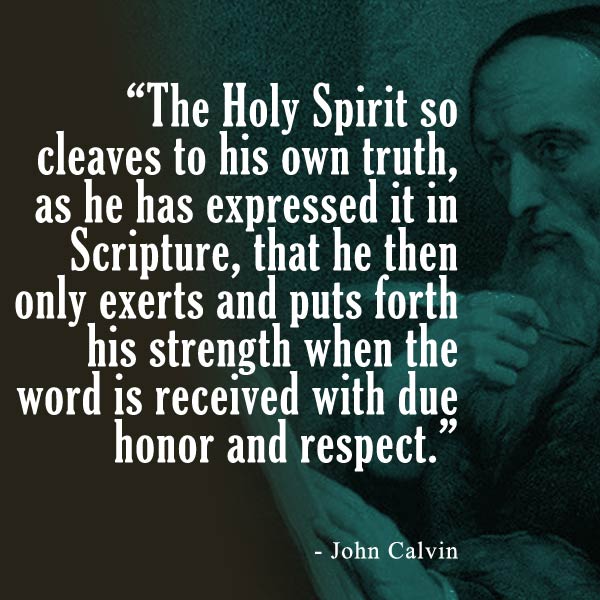 How the Spirit and the written Word are indissolubly connected.

{The] cavil about our cleaving to the dead letter carries with it the punishment which they deserve for despising Scripture. It is clear that Paul is there arguing against false apostles, (2 Corinthians 3:6,) who, by recommending the law without Christ, deprived the people of the benefit of the New Covenant, by which the Lord engages that he will write his law on the hearts of believers, and engrave it on their inward parts. The letter therefore is dead, and the law of the Lord kills its readers when it is dissevered from the grace of Christ, and only sounds in the ear without touching the heart. But if it is effectually impressed on the heart by the Spirit; if it exhibits Christ, it is the word of life converting the soul, and making wise the simple. Nay, in the very same passage, the apostle calls his own preaching the ministration of the Spirit, (2 Corinthians 3:8,) intimating that the Holy Spirit so cleaves to his own truth, as he has expressed it in Scripture, that he then only exerts and puts forth his strength when the word is received with due honor and respect. 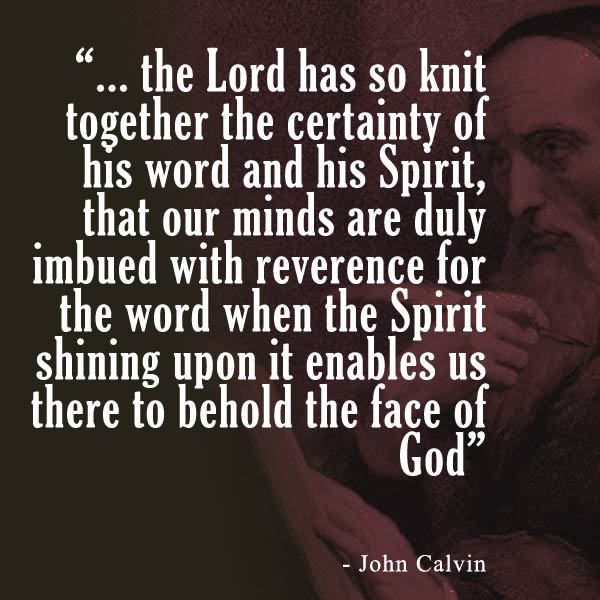 There is nothing repugnant here to what was lately said, (chap. 7) that we have no great certainty of the word itself, until it be confirmed by the testimony of the Spirit. For the Lord has so knit together the certainty of his word and his Spirit, that our minds are duly imbued with reverence for the word when the Spirit shining upon it enables us there to behold the face of God; and, on the other hand, we embrace the Spirit with no danger of delusion when we recognize him in his image, that is, in his word. Thus, indeed, it is. God did not produce his word before men for the sake of sudden display, intending to abolish it the moment the Spirit should arrive; but he employed the same Spirit, by whose agency he had administered the word, to complete his work by the efficacious confirmation of the word. In this way Christ explained to the two disciples, (Luke 24:27,) not that they were to reject the Scriptures and trust to their own wisdom, but that they were to understand the Scriptures. In like manner, when Paul says to the Thessalonians, “Quench not the Spirit,” he does not carry them aloft to empty speculation apart from the word; he immediately adds, “Despise not prophesying,” (1 Thessalonians 5:19, 20.) By this, doubtless, he intimates that the light of the Spirit is quenched the moment prophesying fall into contempt. How is this answered by those swelling enthusiasts, in whose idea the only true illumination consists, in carelessly laying aside, and bidding adieu to the Word of God, while, with no less confidence than folly, they fasten upon any dreaming notion which may have casually sprung up in their minds? Surely a very different sobriety becomes the children of God. As they feel that without the Spirit of God they are utterly devoid of the light of truth, so they are not ignorant that the word is the instrument by which the illumination of the Spirit is dispensed. They know of no other Spirit than the one who dwelt and spake in the apostles — the Spirit by whose oracles they are daily invited to the hearing of the word.