The Marks of True Prayer

1. True prayer brings heaven down into the soul, and lifts the soul up to heaven. 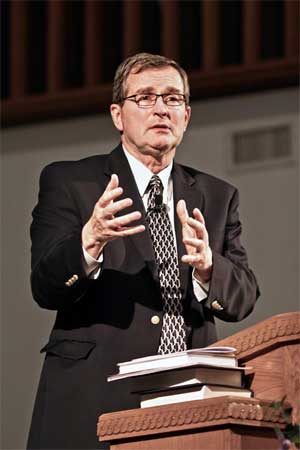 3. True prayer is real life. It is the “soul’s breathing itself into the bosom of its heavenly Father” (Thomas Watson).

4. True prayer is the sinner’s response to God’s voice. The prayer of the broken-hearted is a gift to God in reply to God’s gift of prayerful brokenheartedness. True prayer is returning to God through the weaknesses and stains of human brokenness and unworthiness what God has decreed from all eternity, made room for in time, and brought to fruition in the moment of actual soul-wrestling.

5. True prayer is a holy art taught by a groaning, wrestling Spirit who often uses the impossibilities and apparent “artlessness” of the believer’s entangled and sin-stained life to pencil upon him the image of his worthy Master.

7. True prayer is the fruit of God Triune – the Father as Giver and Decreer, the Son as Meritor and Perfector, the Spirit as Wrestler and Indweller.

8. True prayer has an unexplainable way of augmenting both the worthiness of Christ and the unworthiness of the sinner; hence, it is both the chief part of humility and of thankfulness (cf. Heid. Cat. Q. 116).

9. True prayer is the believer’s greatest weapon in the armory of God. Puritan Thomas Lye confessed: “I had rather stand against the canons of the wicked than against the prayers of the righteous.”

10. True prayer does not preach to God. It does not lead by the hand, but reaches for His guiding hand.

11. True prayer has more to do with God than man. It is wrapped up in holy concern for the glory and kingdom of God.

12. True prayer longs for revival. Its expectation is only in the Lord. When Adoniram Judson had labored for eight years without one apparent convert, his Mission Board sincerely asked him if he had any expectation left. An affirmative answer prompted the question: “But how great is your expectation?” Judson responded: “As great as the promises of God.”

13. True prayer does not focus upon itself or the petitioner. It does not turn inward for morbid introspection, but turns inward to bring all the sinner’s deadness and depravity outward and upward to the Almighty God of grace.

14. True prayer lets God be God. It empties its hands and heart before the open throne of God. It hides nothing. True prayer is not explanation but peitition. It doesn’t tell the Lord how to convert a sinner, but asks Him to do it, trusting He knows better than any petitioner.

15. True prayer spreads out everything before the Lord as if He knows nothing about the sinner’s condition, yet knowing that the Lord knows all.

18. True prayer recognizes that it changes neither God nor “things,” while simultaneously realizing that God often is pleased to reach His purposes through the means of prayer.

19. True prayer is fellowshipping with God. It is a foretaste of heaven’s eternal conversation.

21. True prayer ever feels that it is not sufficiently true, deep, thorough, and unbosoming.

22. True prayer, when neglected, is like an untapped power line, a disconnected computer, a system broken down. Valuable information neither descends or ascends.

23. True prayer dresses itself in words, but its body is wordless. It is heart-work. Hence, Bunyan rightly advises: “When thou prayest rather let thy heart be without words than thy words without a heart.”

24. True prayer measures no need too great or too small. It neither assumes human probability nor flinches in the face of human impossibility.

25. True prayer senses the presence of divine majesty and human dust-and-ashes cohabiting. This cohabitation causes the sinner to take his shoes from off his feet, for the place of true prayer is holy ground.

26. True prayer pleases God. It shows Him the divine handwriting of Scripture and the divine signature of His covenant promises. As William Gurnall states: “Prayer is nothing but the promise reversed, or God’s Word formed into an argument, and retorted by faith upon God again.” John Trapp adds: “Prayer is putting the promises into suit.”

27. True prayer profoundly feels that its trueness can only be validated by the praying High Priest, Christ Jesus, who salts imperfect petitionings with the salt of His meritorious sufferings before presenting the church’s prayers without spot or wrinkle in His holy Father’s sight. Thomas Adam wrote: “I put my prayers into Christ’s hands; and what may I not expect from them, when I have such an Advocate? Oh, be sure not to ask a little from God!”

28. True prayer brings particular requests and waits for particular answers. And they shall be answered – perhaps not immediately, but God’s delays are not His denials. Scripture does say of the Canaanitish woman’s first pleading, “But He answered her not a word,” but it does not say, “But he heard not a word.” True prayer is never lost, even if it be forgotten. “God never denied that soul anything that went as far as heaven to ask it” (John Trapp).

29. True prayer “brings God into the heart and keeps sin out. . . . Prayer is knowing work, believing work, thanking work, searching work, humbling work, and nothing worth if heart and hand do not join in it. . . . Want felt and help desired, with faith to obtain it, is prayer. . . . One prayer is worth a thousand fine thoughts . . .” (Thomas Adam).

31. True prayer is often short, frequent, and repetitive, sometimes hardly getting beyond the simple words, “Lord, Lord. . . have mercy.”

33. True prayer is a joy in itself even when the answer to come may appear to contradict the very petitions offered.