Does All Meaning in the Universe Center Around Human Beings? 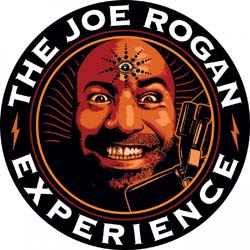 Recently a good friend of mine, who is an atheist, who seems convinced of total depravity, sent me a Joe Rogan Experience podcast episode (Parental Guidance recommended) where his guest, a world-renowned physicist makes some astonishing claims. Professor Brian Cox is an English physicist and Professor of Particle Physics in the School of Physics and Astronomy at the University of Manchester in the UK.

Among many of the claims Professor Cox makes in the podcast episode, my friend asked me to comment on the segment where he said that since we are all there is in the universe, all meaning the in universe centers around humans. He claims we ought to locate the miracle in the here and now. This is the miracle. We are living it right now.

Here are a few comments in response to this idea put forward by Professor Cox:

Without knowing what the purpose of a typewriter is, we cannot determine its worth or excellence. Similarly, we cannot realize human excellence if we don't have a grasp of human purpose.  Apart from this, we end up with only practical and emotional outcomes. Modernity has in many ways, stripped us of a telos, or our search for an ultimate end. But without an external, objective source of meaning and purpose, we are left with only being informed and driven by subjective feelings.

I would argue that people flourish the most, not when they invent their own meaning and value, but when they tap into their value and meaning as God’s image-bearers.

When we begin to say that "I am the center of meaning in the universe", our meaning will center around me. True, we do live in an age that is individualistic. so that makes it even more difficult for people to grasp their connection to the whole.  That connection with the whole of humanity reveals that true meaning is bigger than me and my personal meaning.

You previously mentioned to me that you think you may believe in the truth of total depravity. As you know, this concept of total depravity is not a psychological term but a moral one.  Depravity is not simply not liking something because it makes me feel uncomfortable but it is actually not liking that which is good.  It is because humanity as a whole "loves darkness and hates the light and will not come into the light." (John 3:19) This is pretty self-evident as we look around us and see that no one lives up to what we know to be right.  To believe in total depravity then presupposes God, because if we are merely chemicals who fizz differently at each other, and nothing more, then there is no right and wrong (depravity or goodness) to appeal to as a standard. Only what's right FOR ME.  In a world where meaning revolves around me, our emotions can be just as authoritative as hard facts and logic. And we can see that in our own day where people are beginning not to care so much about facts but their authority is placed in how they feel about something at that moment.  This means that if we simply settle on a world where individuals create their own meaning, then nothing is good or true or right for humanity, only for me, the individual and if that is the case, then we simply end up with social darwinism. We become tribal and since objective truth doesn't matter all that is left is power and who has more of it.