Do you think I'm going to hell? 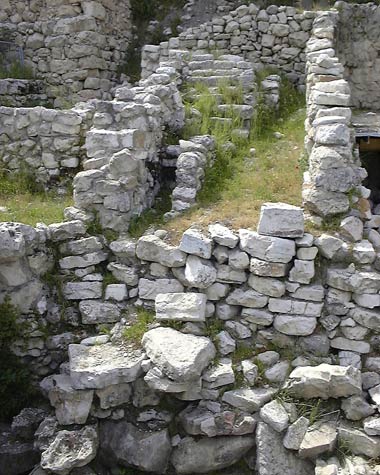 A frequent question the Christian may encounter as we bring the gospel to the world is "Do you think I am going to hell?" or "Do you think such and such type of person person is going to hell? (because of some heinous sin they have committed)"  This question is often loaded and not all what appears on the surface.  Most of you are probably familiar with this. At early stages of the conversation, when people may still be on the defensive, the skeptic may not yet be trying to ascertain real information about what the Bible says about their eternal state, but instead, are trying to draw out your self-righteousness or judgmentalism toward them. If you perceive this to be the case, and want to know what might be a biblical response, read on.

One of the greatest stumbling blocks to the gospel, aside from the legitimate stumbling block of the gospel itself, is when the Christian is perceived to be condescending, arrogant or moral superior to friends who are skeptics. Right or wrong the popular notion of what our faith is all about is derived from the all-pervasive media and from their almost exclusive focus on fringe moralistic fundamentalism. That is an image deeply ingrained in the mind of our culture: Christianity = moralism. So in order to overcome these kind of barriers that are frequently assumed by the skeptic when we approach him or her, it is often important (depending on the situation) that we disarm them by first applying the law and gospel to ourselves, before we apply it to them. In doing so we get out of the way of the gospel, and clear a path to directly point to Jesus, for the discussion is no longer perceived as a way for us to show some kind of moral superiority over them (since we are not) but something all people need, especially us. The gospel is the great equalizer.

Jesus likewise equalizes the playing field when people asked Him why bad things happened to certain people. These people assumed those who suffered in a building collapse were worse sinners than others who didn't suffer this way.  Jesus answered:

"...those eighteen on whom the tower in Siloam fell and killed them: do you think that they were worse offenders than all the others who lived in Jerusalem? No, I tell you; but unless you repent, you will all likewise perish." (Luke 13 1-5)

Jesus is pointing out that all are equally guilty before the law, so no one should ever gloat. Since we are no better than anyone, humble yourselves, put away your self-righteousness and do not boast over your neighbor. The mercy of Jesus Christ is the only hope for any man. Only as we approach skeptics with an understanding that we are really just like them, apart from grace, ... that our only standing before God is His mercy in Christ, that we are beggars pointing other beggars to bread - sinners leading other sinners to Christ, as those who recognize they have a log in their own eye, removed by sheer grace, knowing our weakness and Christ's strength, can we have the most impact on people for the gospel. We indeed need to point out our neighbors' immorality when weighed against the law - we should not hold back ... but we often miss a great opportunity for the gospel when they wrongly perceive our message as a blunt instrument to show how much better we are than they.

Remember, Jesus is saying that no amount of religion or good works can save you. You and your whole city are no better than the persons who suffered this fate. There is no hope whatsoever to be had in yourselves and, as such, all need a Savior from the outside. Repent of trusting in your good works and your boasting over your neighbor, as if you were better. We are all responsible for natural disasters, suffering and the death that overtakes us all. Skeptics need to repent of their immorality and religious people need to repent of their morality, that is, trusting in it. The number one characteristic of those whom Christ has intervened is that the word of God will shatter their self-complacency and cause them to renounce their self-righteousness. Those in whom God has done a work of grace are convicted of their woeful, guilty, and lost condition, apart from grace. This true view of self, continues throughout the Christian life as the first order of business. If not, and If I think I am better than my neighbor, or more moral, and therefore, by extension, somehow more deserving, then I have forgotten that it was mercy alone which saved me and mercy alone which keeps me there. Thus the more grounded we are in the knowledge of God's mercy toward us, the easier it is for us to maintain humility among our neighbors, regardless of how depraved we may be tempted to think they are. Misperceptions abound as we approach people with the gospel so if we can do anything to remove those misperceptions and thus allow room for the gospel to work without adding to the problem, it is a good thing. May God grant us wisdom.

Skeptic: "Do you think I'm going to hell?"

Response: Only if you're anywhere near as bad a sinner as I am. But the good news is that Jesus fully absorbed the wrath of God for all sinners that turn in faith to Him.

You who are “poor in spirit” (Matt 5:3) remember what patience God had with you for those many years before the Spirit opened your heart to the gospel and many times since! He has not cast you aside nor has He grown weary of you despite your inconsistency and unfaithfulness. And the LORD has had such patience with you, should not you also have patience and empathy toward your fellow sinner?