Can Muslim Converts to Christ Still Use the Name "Allah" for God? 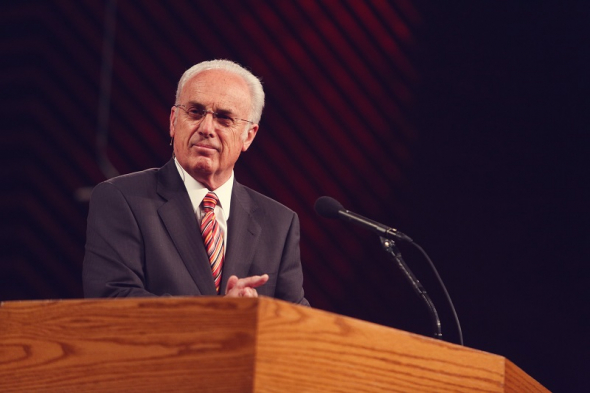 MARISA: My name is Marisa Hernandez. And my husband and I are missionaries to Arabs and we've been approached by Christian Arabs in this congregation with this question. Allah is the name that thousands and millions of believers in Jesus Christ use for God. As an Arabic speaker, I sing many praises to Allah in the name of Jesus. I was missionaries to Muslims in the Middle East for four years, and I led Muslims to faith in Christ by explaining to them the true character of God, Allah, as explained in the Bible. Will you clarify why you say, "Allah is another name for Satan," without any explanation or disclaimer that all translations of the Arabic Bible use Allah as the name for God?

JOHN: Yes, that's a very good question. Allah is another name for Satan because the Allah, the Allah of Islam, is not the true and living God. When you...you have to be very careful when you go into a missionary effort with people. By taking their deity and somehow turning that deity into the true God, you create a confusion.

The fact of the matter is all false religions have a god or gods. And to call some entity of your own manufacturing or some demon or Satan himself "God" doesn't make it so. And the Allah of Islam is not God. It is not the God of Abraham, Isaac and Jacob. It is not the God and Father of our Lord Jesus Christ. Now if you use...if you speak in their language, Al-Elah, the God and you take the uppercase letter down and you say let me introduce you to the real God who is not the god of Islam, now you're getting on a right footing.

I think you have to make a clean break with that. And I think that that is very important. I wouldn't go to somebody worshiping an idol and say, "Well, let me tell you who this god really is." What I would say is, "That is a demonic substitute for the true and living God. That is not any representation of the true God." Call him what you will. Everybody calls him, "god." The Hindus have millions of entities that they call, "god." None of them are God. None of them.

And the apostle Paul, when he went to Mars Hill could only identify one idol in that environment that he could identify with the true God, and that was the God that didn't have any name or any identity. He didn't say, "Well this god over here by the name of such-and-such is really the God of the Bible. Let me tell you about him." He said, "This God that you admit you don't know, the unknown God, that's the true and living God. Let me introduce him to you."

You cannot take a god, an idol, out of some religion and sort of tweak him a little bit and shape him into the true and living God. I think you have to have a clean and total breach. I understand that it makes...I understand that it makes...I want to say some sense to attempt to do that because of the monotheism and because they believe that their god, Allah, is the Creator god and that he is...that he is sovereign; they're very strong on the doctrine of sovereignty. In fact, they believe in a god who is so sovereign that nothing that man does can in any way alter his will. Everything is the will of Allah. It's a kind of a deterministic sovereignty.
I understand that there are some parallels. But, you know, that's...that's the subtlety, and that's the seduction of it. Even the clock that doesn't run is right twice a day. That's the deadliness...that's the deadliness of false religion. They come in and find points of identification. You can't accommodate yourselves to those points of identification, or you give too much away. I think it's critical to say Allah doesn't...the name Allah, the god of Islam is in no way, shape or form connected to the true and living God. None whatsoever.

JOHN: You...you can say there is the true and living God who is not the Allah of your Bible.
MARISA: But it's okay that we're using the word Allah?
JOHN: Well, if that's...in the Arabic language, Al-Elah means "the god."

JOHN: If you translated it, it means "the god."

JOHN: So what you have to say is, "The god of Islam that you know as Allah is not the true God." You just have to make that clear. I understand that. It's the same problem you have in any religion that has a god, because their language has a god. If you were to go to a tribe in Africa as a missionary and find that they are worshiping a god, their word would be for god. And you would not say, "Well, let me tell you who your god really is." That's not the right approach. Let me tell you who the true God is and you have to abandon the one that you've been worshiping.

MARISA: Do you believe that Arabic Christians should use another name for Allah, for god?

JOHN: Well, yeah, I think the safest place to go is to call Him what the Bible calls Him. And the way He's identified in the Scriptures, the names of God are very clear. But I think one good way to do it in an Arabic environment would be to identify him as the triune God. I know in Arabic, there's a word for trinity.

JOHN: Thank you. Wonderful question. Okay. Are you ready, Stuart?

From Bible Q& A part 51 by John MacArthur