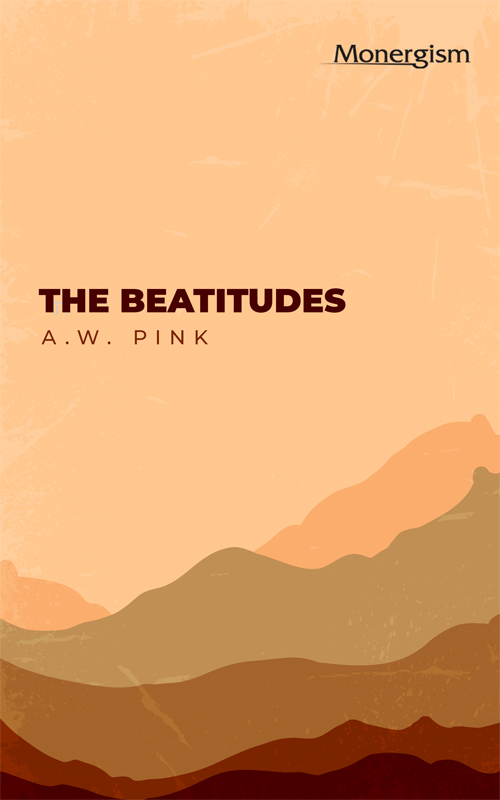 Opinion has been much divided concerning the design, scope, and application of the Sermon on the Mount. Most commentators have seen in it an exposition of Christian ethics. Men such as the late Count Tolstoi have regarded it as the setting forth of a "golden rule" for all men to live by. Others have dwelt upon its dispensational bearings, insisting that it belongs not to the saints of the present dispensation but to believers within a future millennium. Two inspired statements, however, reveal its true scope. In Matthew 5:1, 2, we learn that Christ was here teaching His disciples. From Matthew 7:28, 29, it is clear that He was also addressing a great multitude of the people. Thus it is evident that this address of our Lord contains instruction both for believers and unbelievers alike.

It needs to be borne in mind that this sermon was Christ's first utterance to the general public, who had been reared in a defective Judaism. It was possibly His first discourse to the disciples, too. His design was not only to teach Christian ethics but to expose the errors of Pharisaism and to awaken the consciences of His legalistic hearers. In Matthew 5:20 He said, "Except your righteousness shall exceed the righteousness of the scribes and Pharisees, you shall in no case enter into the Kingdom of Heaven." Then, to the end of the chapter, He expounded the spirituality of the Law so as to arouse His hearers to see their need of His own perfect righteousness. It was their ignorance of the spirituality of the Law that was the real source of Pharisaism, for its leaders claimed to fulfill the Law in the outward letter. It was therefore our Lord's good purpose to awaken their consciences by enforcing the Law's true inner import and requirement.

It is to be noted that this Sermon on the Mount is recorded only in Matthew's Gospel. The differences between it and the Sermon on the Plain in Luke 6 are pronounced and numerous. While it is true that Matthew is by far the most Jewish of the four Gospels, 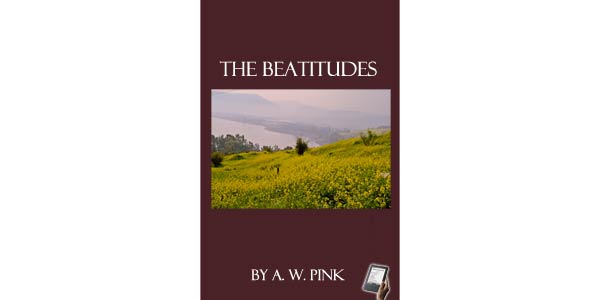 yet we believe it is a serious mistake to limit its application to godly Jews, either of the past or the future. The opening verse of the Gospel, where Christ is presented in a twofold way, should warn us against such a restriction. There He is presented as Son of David and as Son of Abraham, "the father of all them that believe" (Romans 4:11). Therefore, we are fully assured that this sermon enunciates spiritual principles that obtain in every age, and on this basis we shall proceed.

Christ's first preaching seems to have been summarized in one short but crucial sentence, like that of John the Baptist before Him: "Repent you: for the Kingdom of Heaven is at hand" (Matthew 3:2; 4:17). It is not appropriate in a brief study such as this to discuss that most interesting topic, the Kingdom of heaven—what it is and what the various periods of its development are—but these Beatitudes teach us much about those who belong to that Kingdom, and upon whom Christ pronounced its highest forms of blessing.

Christ came once in the flesh, and He is coming yet again. Each advent has a special object as connected with the Kingdom of Heaven. The first advent of our Lord was for the purpose of establishing an empire among men and over men, by laying the foundations of that empire within individual souls. His second coming will be for the purpose of setting up that empire in glory. It is therefore vitally important that we understand what the character of the subjects in that Kingdom is, so that we may know whether we belong to the Kingdom ourselves, and whether its privileges, immunities, and future rewards are a part of our present and future inheritance. Thus one may grasp the importance of a devout and careful study of these Beatitudes. We must examine them as a whole; we cannot take one alone without losing a part of the lesson they jointly teach. These Beatitudes form one portrait. When an artist draws a picture, each line may be graceful and masterful, but it is the union of the lines that reveals their mutual relation; it is the combination of the various artistic delineations and minute touches that gives us the complete portrait. So here, though each separate aspect has its own peculiar beauty and grace and shows the hand of a master, it is only when we take all the lines in combination that we get the full portrait of a true subject and citizen in the Kingdom of God (Dr. A. T. Pierson paraphrased).

God's great salvation is free, "without money and without price" (Isaiah 55:1). This is a most merciful provision of Divine grace, for were God to offer salvation for sale no poor sinner could secure it, seeing that he has nothing with which to purchase it. But the vast majority are insensible of this; yes, all of us are until the Holy Spirit opens our sin-blinded eyes. It is only those who have passed from death to life who become conscious of their poverty, take the place of beggars, are glad to receive Divine charity, and begin to seek the true riches. Thus "the poor have the Gospel preached to them" (Matthew 11:5), preached not only to their ears, but to their hearts!

Thus poverty of spirit, a consciousness of one's emptiness and need, results from the work of the Holy Spirit within the human heart. It issues from the painful discovery that all my righteousnesses are as filthy rags (Isaiah 64:6). It follows my being awakened to the fact that my very best performances are unacceptable (yes, an abomination) to the thrice Holy One. Thus one who is poor in spirit realizes that he is a Hell-deserving sinner.

Poverty of spirit may be viewed as the negative side of faith. It is that realization of one's utter worthlessness that precedes a laying hold of Christ by faith, a spiritual eating of His flesh and drinking of His blood (John 6:48-58). It is the work of the Spirit emptying the heart of self, that Christ may fill it. It is a sense of need and destitution. This first Beatitude, then, is foundational, describing a fundamental trait that is found in every regenerated soul. The one who is poor in spirit is nothing in his own eyes, and feels that his proper place is in the dust before God. He may, through false teaching or worldliness, leave that place, but God knows how to bring him back. And in His faithfulness and love He will do so, for the place of humble self-abasement before God is the place of blessing for His children. How to cultivate this God-honoring spirit is revealed by the Lord Jesus in Matthew 11:29.

He who is in possession of this poverty of spirit is pronounced blessed: because he now has a disposition that is the very reverse of that which was his by nature; because he possesses the first sure evidence that a Divine work of grace has been wrought within him; because such a spirit causes him to look outside of himself for true enrichment; because he is an heir of the Kingdom of Heaven.

The First Beatitude: Blessed are the poor in spirit

The Second Beatitude: Blessed are they that mourn

The Third Beatitude: Blessed are the meek

The Fourth Beatitude: Blessed are they which do hunger and thirst after righteousness

The Fifth Beatitude: Blessed are the merciful

The Sixth Beatitude: Blessed are the pure in heart

The Seventh Beatitude: Blessed are the peacemakers

The Eighth Beatitude: Blessed are they which are persecuted for righteousness' sake