Basics of the Reformed Faith (eBook) 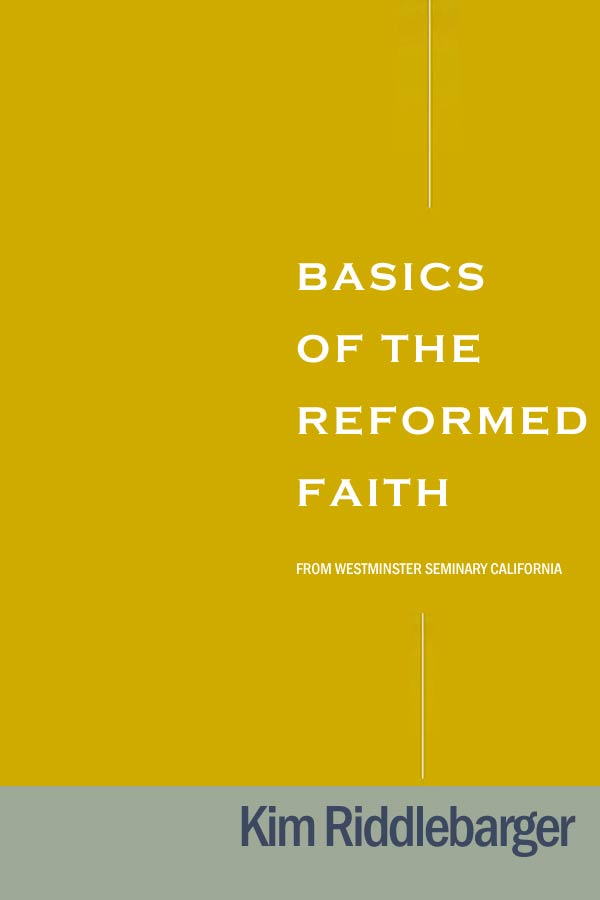 When someone begins a statement with “I think God is like…,” I immediately know that this person doesn’t have a clue as to what God is like. The reason I can say this is because God is an infinite spiritual being, which means that we can know nothing about Him unless He has revealed Himself, which He does through creation and in His Word. While creation tells us that God is eternal and all-powerful (Rom. 1:20), the creation cannot tell us that God is triune, nor that He sent His eternally begotten Son to save us from our sins. The knowledge of these things must be revealed to us in God’s Word, in which we find the supreme revelation of God in the person of Jesus Christ (John 14:9). This is why when someone attempts to tell us what God is like apart from Scripture — where God chooses to reveal Himself — we can be sure that all they can give us is mere opinion. And since all men and women are liars (Ps. 116:11), such opinion is apt to be wrong, no matter how sincerely offered (Rom. 1:22–23).

This is a fundamental point of Christian theology and serves to establish two critical aspects of our faith. The first is the exclusivity of Christianity. God reveals Himself through His Word. This revelation involves specific acts of God in human history (such as the exodus from Egypt and the crossing of the Red Sea and the death and resurrection of Jesus). In addition to God’s acts to save His people from their sins, we have God’s own word of explanation. An entire nation of hundreds of thousands (Israel) escaping from a captor (Egypt) might be interesting, but it holds no redemptive import until the same God who rescued His people tells us through His servant Moses what this rescue means and how this dramatic event is preparing the stage for God to save His people from their sins (with the coming of Christ). The same thing holds true for the death and resurrection of Jesus Christ. While the Romans were certainly not used to having those whom they crucified come back to life, Jesus’ resurrection cannot be seen for the saving event it was apart from God’s own explanation given in the gospels and the epistles. God’s redemptive act and His word of explanation are inseparable.

The second important aspect of our faith established by the fact of God’s revelation of Himself in His Word is what is known as the sufficiency of Scripture. Simply put, this means that the Bible tells us everything we need to know about God and ourselves in order to be saved. In Scripture, we find God’s commands (the Law) and God’s remedy for sin (the gospel). Because we don’t obey them, God’s commands reveal to us that we are sinners in desperate need of a Savior. And because the gospel (what God has done in Jesus Christ to save us from our sins) is not revealed in creation, we must turn to Holy Scripture for the answer to the question: “What must I do to be saved?”

Therefore, the second question of the Westminster Shorter Catechism is designed to remind us that what we (or anyone else, for that matter) thinks about God really doesn’t matter. What matters is: What does God reveal about Himself in His Word? How are we to glorify God in our lives and then enjoy the fact that our sins are forgiven in Christ? We would never know the answer to this (much less understand the importance of the question) unless these things were revealed by God in His Word. For it is in Scripture, and only in Scripture, that we have the rule to direct us to glorify God and enjoy Him forever.

And that is why when someone begins a statement with “the Bible says God is…,” they’ll have my undivided attention. 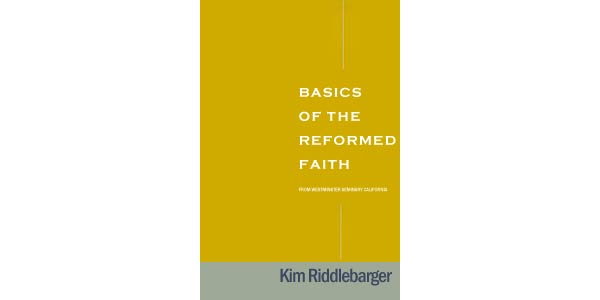 Basics of the Reformed Faith

In the Beginning - God
The Inspiration and Authority of the Bible
The Sufficiency of Scripture
The Holy Trinity
The Deity of Jesus Christ
The Person and Work of the Holy Spirit
Creation
The Covenant of Works
The Fall of Adam
The Covenant of Grace
The Incarnation
Jesus Christ the Covenant Mediator
God's Attributes
Divine Image Bearers
Jesus as Prophet, Priest and King
The Death of Christ
The Law and the Gospel
The Order of Salvation
Election
Justification
Sanctification
Good Works and the Christian Life
Marks and Mission of Christ’s Church
The Sacraments
Baptism
The Lord's Supper
The Second Coming
The New Heavens and Earth

Thanks to the Westminster Seminary California Blog, the source of this material. Posted with permission.

Dr. Riddlebarger is a minister in the United Reformed Churches of North America and currently pastors Christ Reformed Church in Anaheim, CA. He is also visiting professor of systematic theology at Westminster Seminary California and a frequent contributor to Tabletalk and Modern Reformation. He has written two books on the end times: A Case for Amillennialism: Understanding the End Times, and The Man of Sin: Uncovering The Truth About the Antichrist.  For free resources on this subject visit his blog, The Riddleblog, where he has a plethora of free charts, manuscripts and audio.