The Resurrection of Jesus and the Early Church
Some Thoughts From Calvin for Reformation Day
Thor, Zeus, Orbiting Teapots and the Error of Equivocation
Dear Atheist Friends (and Other Skeptics)
Cognitive Dissonance
Why does the Bible ask people to repent and believe if they are unable to respond?
Secularism: Road to Nowhere
In Prayer We Come as Humble Suppliants for Mercy
Slavery and the Idols of our Culture
The Gospel of Jesus Christ

The Attraction of the Cross (eBook) 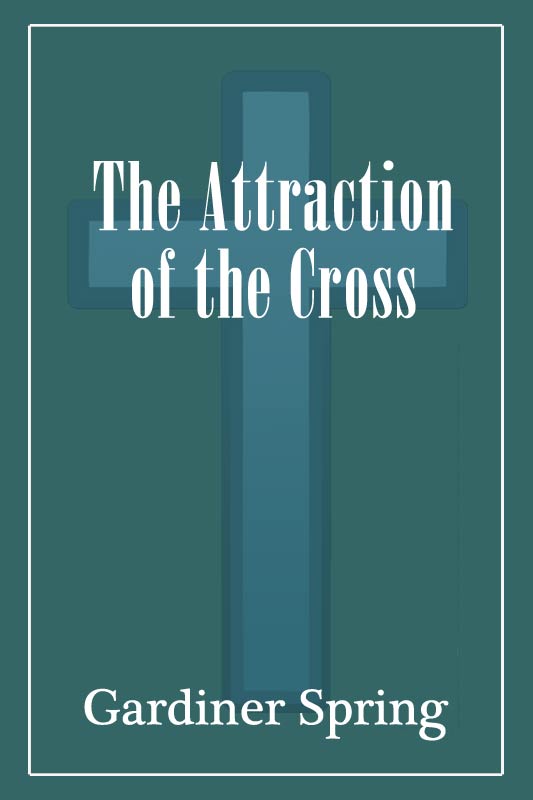 The story of the cross is related in the Holy Scriptures. They uniformly teach us to look upon Christ's death in a light totally different from that of any other person. They never mention it without emphasis, nor without admiration. When the great Ruler of the world was pleased to accomplish his purposes of mercy toward sinful man, he saw fit to do it in a way that expressed the mysterious fullness of his own eternal nature. God is one in nature, and in three persons. A fundamental article of the Christian religion is, that one of these three Divine persons became incarnate. "The Word was made flesh, and dwelt among us." "Unto us a child is born, unto us a Son is given—and his name shall be called Wonderful, Counselor, the Mighty God, the Everlasting Father, the Prince of Peace."

"When the fullness of the time was come, God sent forth his Son, made of a woman, made under the law, to redeem those who were under the law, that we might receive the adoption of sons." His birth was humble, away from home, and in a manger; but it was announced by angelic voices, "Behold I bring you good tidings of great joy,…for unto you is born this day, in the city of David, a SAVIOR, who is Christ the Lord!" Behold the wonder!—the immortal Deity clothed with the nature of mortal man—the Everlasting One born in time—the God Omnipotent enveloped in the confines of infancy, and lying in a manger! This was the beginning of the Savior's sorrows. Had he any sense of loftiness to be subdued, any honest pride of character to be wounded, any inbred sentiments of virtuous exaltation to be mortified, it would be in the prospect of such mysterious humiliation as this. No pomp of earth was there; no show of worldly magnificence; no regal splendor; though there slept on that pallet of straw One who "on his robe and thigh was written this Title—king of Kings and Lord of Lords." Judah's crown and scepter might have belonged to his honored parents; and he should of right have been born in the palace of David. But this was ill fitting one who came to pour contempt upon the pride of man; whose "kingdom is not of this world," and who, before he assumed this low attire, foresaw that he should put it off only on the cross. 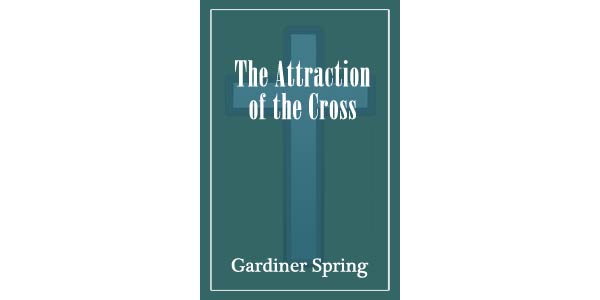 1. The Narrative of the Cross

2. The Truth of the Cross

3. The Cross an Effective Propitiation for Sin

4. The Cross the Only Propitiation

5. The Actual Purpose of the Cross

7. The Cross a Completed Justification

8. Faith in the Cross

9. The Inquiring Sinner Directed to the Cross

11. The Greatness of Sin No Obstacle to Salvation by the Cross

12. The Holiness of the Cross

13. The Religion of the Cross, in Distinction from Religions That Are False and Spurious

14. The Cross the Test of Character

15. The Cross the Preservation from Final Apostasy

16. Full Assurance of Hope at the Cross

17. The World Crucified by the Cross

18. All Things Tributary to the Cross

19. The Cross the Admiration of the Universe

20. The Triumphs of the Cross

21. The Sinner's Excuses Refuted by the Cross

22. The Cross Rejected, the Great Sin

The Advantages of Understanding Providence
Old Testament Redemptive-Ethical Concessions
Nicholas T Batzig
A Crash Course in Christian Doctrine
Lindsey Medenwaldt
Recognizing Critical Theory
Matt Kennedy
DNA Repair, Fish Shape, Epigenetics: Science Advances, Darwin-Free
Evolution News
15 Questions for Evolutionists
Don Batten
One of the Most Overlooked Reasons Why We Should Trust the Bible
Michael J Kruger
A Christian School Caught in the Act of Being a Christian School
Albert Mohler
A New Model for Intergenerational Discipleship
Ben Hein
How Can I Deepen My Understanding of My Own Sinfulness? (YouTube)
H.B. Charles Jr.
A Unity That Is Evident to the World
R C Sproul
What is the best way to grow spiritually as a Christian? (YouTube)
H.B. Charles Jr.
How Christ Is the Centre of Scripture
Wyatt Graham
Hell to Pay: What Truly Happened to Jesus on the Cross?
Nicholas T Batzig
How to Help Your Kids Read the Bible
Chris Morphew
Two Ways We Get the Gospel Wrong, One Way to Get It Right
Timothy W. Massaro
Why Did Jesus Compare God’s Kingdom to a Mustard Seed and Leaven?
Zachary Keele
4 Important Things to Remember If You Are a Doubting Believer
Nicholas T Batzig
Talking about the Church…
Nicholas T Batzig
The Affectionate Pastor
Nicholas T Batzig
The Greatest Commandment in a Pluralistic Age - Deuteronomy 12:1-7 (YouTube)
D A Carson
‘Progressive’ Churches Return to Seeker-Sensitive Model
Dustin Messer
The Countries Where It’s Most Dangerous to Be a Christian in 2020
Joe Carter
A Triple Rejoicing - Romans 5:1-11 (MP3)
Dr Sinclair B Ferguson
The Greatness of God - Romans 11:33-36 (MP3)
Steven J Lawson
The Sovereignty of Salvation, Part 1 - Romans 8:28–29 (MP3)
Steven J Lawson
Marks of a Good Sermon Outline
H.B. Charles Jr.
Preaching Primer: Expository Exultation
Rev David P Murray
Preaching Checklist
Rev David P Murray
Help! I’m Struggling to Strike a Work/Life Balance
Rev David P Murray
The Problem With Gender Self Identification
Matt Fuller
What Does ‘This Rock’ Refer to in Matthew 16:18?
Gregg R Allison
Max Lucado's Endorsement of Jen Hatmaker: What it Means and Why it Matters
Alisa Childers
Christ in All the Scriptures! - Luke 24:44; 1 Corinthians 10:6-11 (MP3)
Steven J Lawson
Our Sovereign King! - Psalm 22 (MP3)
Steven J Lawson
Living for Another World, Part 2 - 1 John 3:1-3; Collosians 3:1-4 (MP3)
Steven J Lawson
Standing for the Truth! - John 17:17 (MP3)
Steven J Lawson
The Trials and Sufferings of the Godly
Recovering the Exclusivity of the Gospel Pt. 2
Jason Allen
Salvation in No Other Name: Recovering the Exclusivity of the Gospel Pt. 1
Jason Allen
How a Fifth-Century Church Father Saved My Faith
Alisa Childers
Is It Unloving to Speak of Hell?
Randy Alcorn
Theological Primer: The Existence of God
Kevin DeYoung
Help! I’m Struggling to Strike a Work/Life Balance
Rev David P Murray
Bringing our Children to the Table
Nicholas T Batzig
Death Was Crushed by Weakness The Wondrous Power of the Cross
Marshall Segal
Access to God (Romans 5:2)
Daniel M Doriani
The Lost Sheep of the House of Israel
Mark Johnston
When My Parents Aren’t Christians
Andrew Kerr
Discerning and Stewarding God’s Call for My Life
Fred Greco