The Atonement: In Its Relations to the Covenant, the Priesthood, The Intercession of our Lord (eBook) 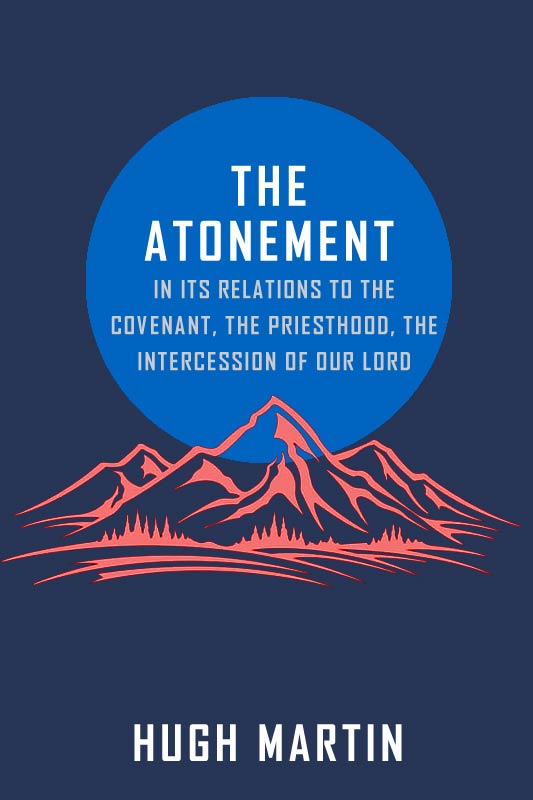 THIS volume, it will be obvious, does not profess to be a systematic treatise on the great Doctrine of the Atonement. For that reason, I would have been glad to give it the unpretending title, "Papers on the Atonement;" and I was anxious to have done so. But it was represented to me, by a friend in whose judgment I have confidence, that such a designation would convey the impression that the following discussions are miscellaneous and fragmentary,—which a glance at the Table of Contents will show is far from being the case. Hence I have qualified the general title, "THE ATONEMENT, by the supplementary clause, "In its relations to the Covenant, the Priesthood, the Intercession of our Lord." And this indicates pretty exactly the real scope of the volume.

In a word, my object is to indicate certain conditions under which the Doctrine of the Atonement ought to be discussed; and that with a twofold view. First, in order to clear away at the outset all temptation to à priori speculation, seeing that it is not an abstract and philosophical theory of Atonement we have to deal with, but the revealed reality of the actual sacrifice of the Son of God on Calvary. And, secondly, because—as I think the intelligent reader of these pages, after perusing them, will be prepared to admit—the discussion, when conducted under the conditions indicated, can be pointed with the very greatest ease, and with extreme brevity of treatment, to the overthrow of all those current speculations of the day which have in view to set aside the Catholic Doctrine of the Cross. Their refutation comes out in the shape of corollaries, that are all but intuitively obvious, and, as I believe, utterly indisputable.

It is only in the view of such occasionally occurring corollaries, or inferences, in refutation of error, that this book can in any sense be called controversial. Properly speaking, a controversial volume it is not. And there is not a tinge of party in it. Such portions of it as have appeared already in another form have met with remarkably kind acceptance from all parties. For I have attempted to set aloft, in the intelligent and adoring admiration of Christian men, the thorough efficaciousness and boundless glory of the propitiatory sacrifice of Calvary; and to do so, if possible, in such fashion that the numerous perversions of the doctrine of the Cross may give intelligent Christian men little or no trouble.

The writing of these pages has been very pleasant work,—an opportunity for usefulness for which I am truly grateful. If it please God, I may resume my pen in further prosecution of the same exhaustless theme. Again and again I have abstained, with a sort of fond regret, from following out a tempting line of thought as I could have wished. And the investigation of the relations between Atonement and Conscience would alone afford materials for a volume as large as this. Meantime, however, I lay down my pen now, just as the great doctrine of the Atonement seems about to be discussed afresh, on the issue, Calvinism versus Amyraldism. May the Eternal Spirit, through whom Christ offered Himself without spot to God, direct that discussion to the triumphant vindication of the efficaciousness of the Atonement.

"Hugh Martin did not belong to the type of theologian who simply pours new wine into old wine bottles, or vice versa. He thought through the truth from first principles, always sensitive to the text of Scripture. Thus the reader is never left simply ticking off boxes, 'heard that', 'know this'...In addition, it should be said that The Atonement is not Martin's easiest book. But precisely for that reason it is wonderful medicine for the Christian mind and will open up new veins of evangelical truth for preachers to mine. Perhaps for some it will provide entirely new land on which to graze. In today's context it is scarcely possible to over-estimate how valuable his work is. Professor John Murray was surely right to say that, "At no time in the history of Scotland was the church of Christ adorned with a brighter galaxy of gifted and devoted ministers of the gospel than in the middle half of the nineteenth century '...Among these names none deserved more honor than that of Hugh Martin.'"
--Sinclair B. Ferguson 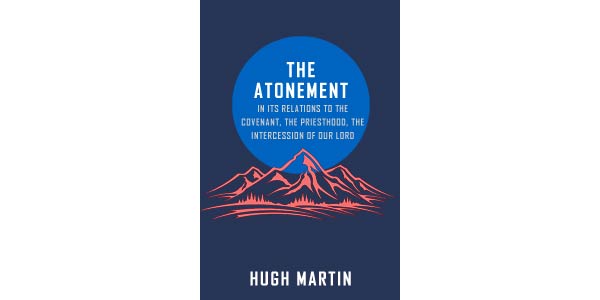 I. ATONEMENT AND THE COVENANT OF GRACE

II. ATONEMENT AND THE FEDERAL THEOLOGY

VIII. THE COUNTER-IMPUTATIONS OF SIN AND RIGHTEOUSNESS

X. ATONEMENT, AND THE DISTINCTIVE PECULIARITY OF MORAL LAW

APPENDIX:—A DISCOURSE ON GOD'S BLESSEDNESS AND HIS STATUTES