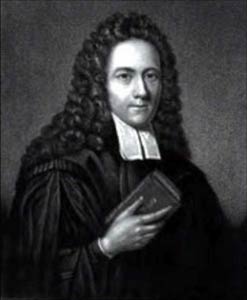 “Thoughts of Christ are assimilating thoughts, sanctifying and transforming thoughts:

‘But we all with open face, beholding as in a glass the glory of the Lord, are changed into the same image, from glory to glory, even as by the Spirit of the Lord’(2 Cor. 3:18).

Why is it that 'racism' - a word I personally detest but will use for purposes of this commentary - is viewed as a special kind of offense deserving of its own unique context in contrast to other moral biases and inclinations we express?

Can someone please answer that for me?

To say that racism 'still' exists is to imply that racism has a definitive point of origin in human history; a date-certain that we can point to and say that racism began "back there" and that it "still" exists today in the here and now. It's as if to say to someone that it's "still" raining outside. "Still" in what chronological context? One hour ago? Three hours ago? Yesterday? Last week? Conversely, to say "Racism still exists" is to suggest that it is composed of elements of which society can permanently rid itself by itself. But this begs the question: If society were inherently capable of such self-restoration, why hasn't society done that by now?

To argue that racism "still exists" yet be unable to define an objective point of origin of racism is nonsensical. Hence, the equally nonsensical argument that it is possible to bring an "end" to racism when you can't say when or how it began! It is that kind of logic that results in circular arguments that are not only unproductive but naive, because they are grounded in historical socio-cultural philosophy as opposed to biblical theology.

As many of you know, Facebook has announced that it will soon be changing its algorithms so that you mainly see posts from the users' friends and family, and downgrading some other content from visibility. We understand that even pages that users voluntarily follow may have their content downranked on users newsfeeds.  We are not sure yet how this will affect Monergism Books and other ministries but it may make it harder for users to see content from pages you follow — here's how to ensure you continue see posts from Monergism (and others) on your newsfeed:

1) On your newsfeed page, click the drop-down arrow (iPhone) on the toolbar near the notification button at the top of the page.  (Note: On Android It is not an arrow but three sold lines) 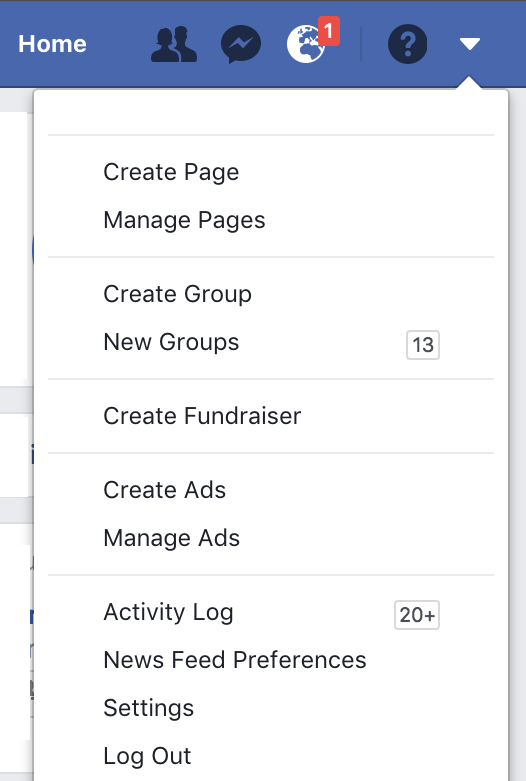 2) Click on “News Feed Preferences”:  (On Android you need to scroll quite a ways down, but it is there) 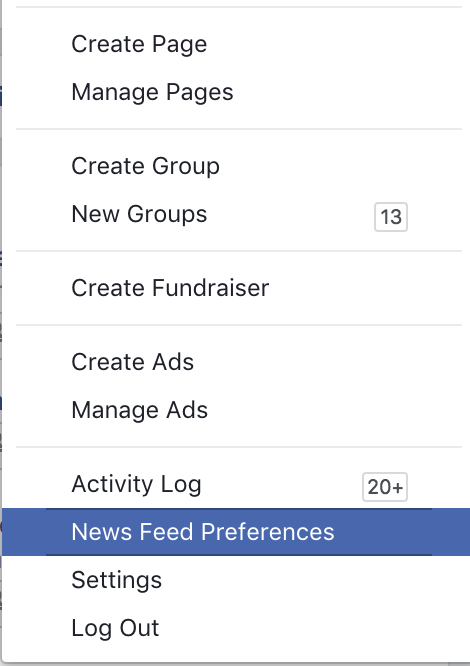 3) This will display a preferences page, select “Prioritize who to see first”: 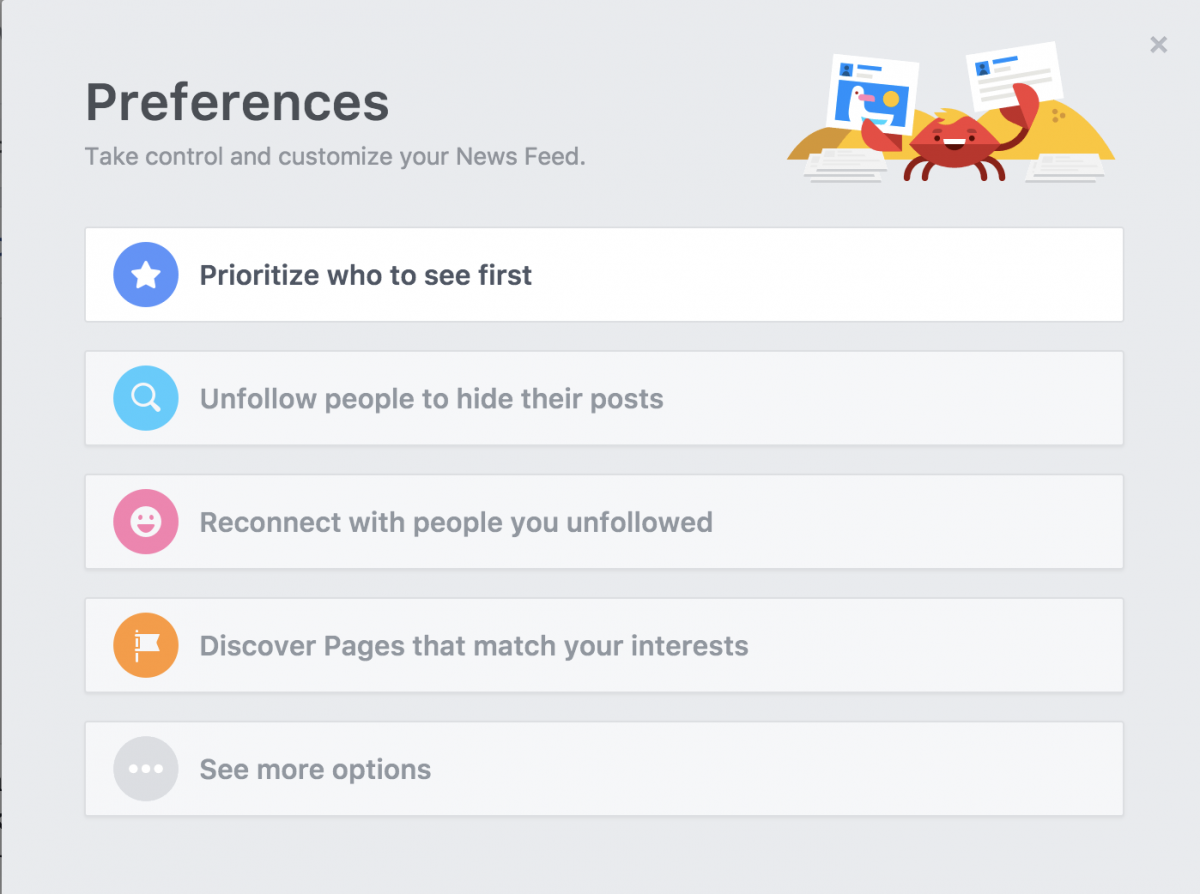 “The truth of Christianity cannot be established by the intellect unless an important part of the argument is based upon the fact of sin which is revealed by the law of God; the beauty of Jesus, which attracts the gaze of men, cannot be appreciated without a knowledge of the holiness upon which it is based; the companionship of Jesus is possible only to those who say first, in deep contrition; “Depart from me; for I am a sinful man, O Lord”; the example of Jesus is powerless to those who are in the bondage of evil habit, and it is not even a perfect example unless He be the divine Redeemer that He claimed to be. The true schoolmaster to bring men to Christ is found, therefore, now and always in the law of God— the law of God that gives to men the consciousness of sin.

A new and more powerful proclamation of that law is perhaps the most pressing need of the hour; men would have little difficulty with the gospel if they had only learned the lesson of the law. As it is, they are turning aside from the Christian pathway; they are turning to the village of Morality, and to the house of Mr. Legality, who is reported to be very skillful in relieving men of their burdens. Mr. Legality has indeed in our day disguised himself somewhat, but he is the same deceiver as the one of whom Bunyan wrote.

“Making Christ Master” in the life, putting into practice “the principles of Christ” by one’s own efforts these are merely new ways of earning salvation by one’s own obedience to God’s commands. And they are undertaken because of a lax view of what those commands are. So it always is: a low view of law always brings legalism in religion; a high view of law makes a man a seeker after grace.

John Owen is among the theologians whose thoughts most closely mirror my own and, apart from the Scriptures themselves, this particular book of his could be called the manifesto of the theology that drives Monergism.com. I can only agree with Sinclair Ferguson when he says, "Whenever I return to read Owen I find myself at least in part wondering why I spend time reading lesser things." I would unhesitatingly put this book up there among Christian classics, and, probably, at least in my opinion, is one of the top ten Christian books ever written. This book will magnify your understanding of the Holy Scriptures and its divine author and make you wonder what ever happened to all the churches who preached from this perspective. Here are among my favorite quotes from the books' abridged edition ...

"To say that we are able by our own efforts to think good thoughts or give God spiritual obedience before we are spiritually regenerate is to overthrow the gospel and the faith of the universal church in all ages." 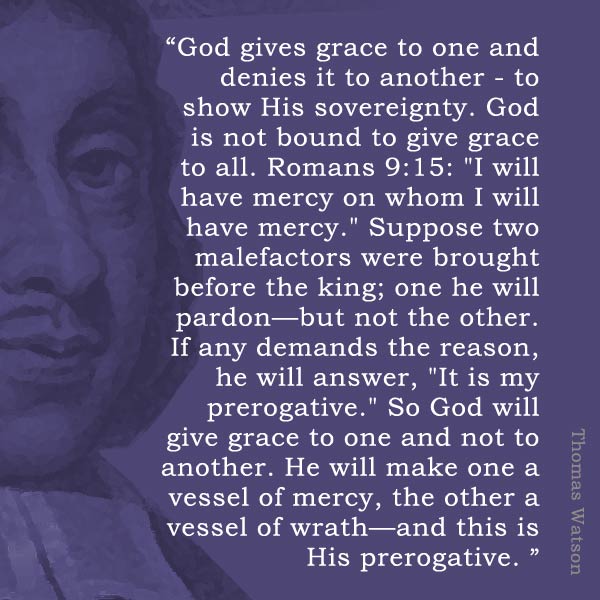 QUESTION. Why is saving grace not bestowed upon all?

ANSWER. We must hold with Zanchius that there is always a just reason for God's will. But in particular I answer:

God gives grace to one and denies it to another—to show His sovereignty. God is not bound to give grace to all. Romans 9:15: "I will have mercy on whom I will have mercy." Suppose two malefactors were brought before the king; one he will pardon—but not the other. If any demands the reason, he will answer, "It is my prerogative." So God will give grace to one and not to another. He will make one a vessel of mercy, the other a vessel of wrath—and this is His prerogative. The apostle has silenced all disputes in this kind in Romans 9:20-21: "But who are you, O man, to talk back to God? Shall what is formed say to him who formed it, 'Why did you make me like this?' Does not the potter have the right to make out of the same lump of clay some pottery for noble purposes and some for common use?" If we could suppose a plant to speak, it might ask, "Why was not I made a bird or an animal? Why should I not have the ability to reason?" Just so it is when vain man enters into contest with God and demands, "Why should not I have grace as well as another?" Do not dispute against God's sovereignty; let not the clay contend with the almighty Potter.

God may justly deny His grace to any wicked man, because once he had grace and lost it. If a father gave his son stock to trade with and the son loses it, the father is not bound to set him up again. God gave Adam a stock of grace to begin the world with. Adam lost it and made all his children bankrupt. And God is not obliged to give him grace again.