Answering Objections: “The Church Is Supposed to Be a Place for Broken People” 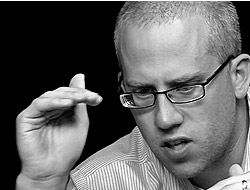 A few years ago a major news story featured an important Christian leader who shut down his ministry to those with same-sex attraction. The story made national headlines because this man, who had previously identified himself as “ex-gay,” was questioning whether those inclined toward same-sex sexual relationships could actually change and whether the conversation therapy used in his ministry did more harm than good.1 Along with this change in ministry strategy came a new emphasis in theology. Although this leader continued to insist that homosexual behavior was wrong, he felt confident that those in homosexual relationships could still know the grace of God—whether they turned from their homosexual practice or not. He maintained that as long as we believe in Christ, the sexual choices we make do not interrupt our relationship with Christ. Whether we make the choice to walk in God’s ways or pursue something less than God’s best for us, we are still saved by Christ and will spend eternity with Christ. No one’s perfect. We all fall short of the glory of God. We’re all desperately in need of God’s grace. But God’s grace is unconditional, and the church is supposed to be a place for broken people, right?

Repent, for the Kingdom of Heaven Is at Hand

Yes and amen. We all need to be forgiven. We all need grace. The church is supposed to be full of sinners. But—and here’s the rub—the communicant membership of the church, like the membership of heaven, is made up of born again, repentant sinners. If we preach a “gospel” with no call to repentance, we are preaching something other than the apostolic gospel. If we knowingly allow unconcerned, impenitent sinners into the membership and ministry of the church, we are deceiving their souls and putting ours at risk as well. If we think people can find a Savior without forsaking their sin, we do not know what sort of Savior Jesus Christ is. “Such were some of you” is the hope-filled call to holiness for the sexual sinner and for every other kind of sinner (1 Cor. 6:11).

Few things are more important in life than repentance. It is so important that the Gospels and the Epistles and the Old Testament make clear that you don’t go to heaven without it. Ezekiel said, “Repent and turn from your transgressions” (Ezek. 18:30). John the Baptist said, “Repent, for the kingdom of heaven is at hand” (Matt. 3:2). Jesus said, “Repent and believe in the gospel” (Mark 1:15). Peter said, “Repent and be baptized” (Acts 2:38). And Paul said God “commands all people everywhere to repent” (Acts 17:30). No doubt, the church is for broken and imperfect people—broken people who hate what is broken in them and imperfect people who have renounced their sinful imperfections. If those with same-sex attraction are being singled out for repentance, the solution is not to remove forsaking of sin from the gospel equation, but to labor for a church community where lifelong repentance is the normal experience of Christian discipleship.

No one likes to be told, “Even now the axe is laid to the root of the trees. Every tree therefore that does not bear good fruit is cut down and thrown into the fire” (Luke 3:9). That’s never been an easy sell. It’s much easier to get a crowd by leaving out the repentance part of conversion, but it’s not faithful to Christ. It’s not even Christianity. We must show fruit in keeping with repentance (v. 8). Of course, there is a lot more to following Jesus than repentance, but it’s certainly not less. “Repent,” Jesus said, or “you will all likewise perish” (Luke 13:5).

Regret is common enough; repentance is rare. True Spirit-wrought repentance entails a break with the old and the start of something new. That’s what the Greek word metanoia means—a change of mind that results in a change of life.

Free Grace Is Not Cheap

If we are to be faithful to Scripture, we must not provide assurance of salvation to those who are habitually, freely, and impenitently engaged in sinful activity. The Bible’s teaching on this matter is as clear as it is unpopular: persistent unrepentant sexual sin leads people to hell (Matt. 5:27–32; Rom. 1:18–2:11; 1 Cor. 6:9–10; Gal. 5:19–21; 1 Thess. 4:3–8; cf. 1 John 3:4–10). When the man in Corinth was found sleeping with his father’s wife, Paul’s response was not “we all make mistakes” or “thank God for his unconditional love.” Paul told the Corinthians to mourn over the sin (1 Cor. 5:2), to deliver this man to Satan for the destruction of his flesh (v. 5), to no longer associate with the immoral man (vv. 9–11), and to purge the evil person from among them (v. 13). Of course, Paul’s aim was that through church discipline the man’s spirit would be saved in the day of the Lord (v. 5), but this gracious hoped-for ending is not possible apart from repentance (6:9–11).

Dietrich Bonhoeffer, the German theologian and martyr, exposed the emptiness of repentance-less faith in his famous denunciation of cheap grace.

It’s strange that some Christians would treat homosexual activity as an imperfect but allowable choice or simply less than God’s best when we would never speak so dismissively about the sin of ethnic prejudice, economic exploitation, or violence against women. True religion is to visit orphans and widows in their affliction and to keep oneself unstained from the world (James 1:27). Which is another way of saying “faith apart from works is dead” (2:26). We cannot live like the Devil on earth and expect to meet God in heaven. This is not because God demands a certain number of holiness points in order to be saved. We are justified by faith alone through grace alone in Christ alone. And this grace that grants us faith will invariably be a grace that causes us to change. To ignore the second half of the previous sentence is to prove the first half never happened.

So does this mean God’s love is conditional? That depends: are we talking about common grace (which all people enjoy) or saving grace (which only the redeemed experience)? A better question might be: is our final glorification conditional? If conditional means we have to earn our way to heaven, or that those declared righteous before God are in danger of being declared unrighteous on the day of judgment, then the answer is no. But conditional in the sense that we will not be glorified irrespective of the kind of life we live—then yes. The New Testament warnings are not indicative of a salvation that can be lost, but of a faith that must persevere. No matter how many times we walk an aisle or pray a prayer—no matter how many times we feel like we’ve been saved or how long it’s been since we thought we were saved—the promise of appearing before God as holy and blameless is dependent upon continuing in the faith that is stable and steadfast (Col. 1:22–23). We must make our calling and election sure (2 Pet. 1:10). As God keeps us from stumbling, so we must keep ourselves in the love of God and the mercy of our Lord Jesus Christ that leads to eternal life (Jude 21, 24). All of which is to disagree with those who think unrepentant sexual sin is consistent with Christian discipleship and to agree with the author of Hebrews, who taught that without holiness no one will see the Lord (12:14). Or to put it another way, we can simply agree with Jesus when he said, “The one who endures to the end will be saved” (Matt. 24:13).

1 In my estimation, rethinking their method was called for, even if this individual went too far in the other direction in assuming the near immutability of a homosexual orientation. I put the term “ex-gay” in quotation marks because I’m not sure the man in question would still use that term or that it’s even helpful. Some object to the term because they don’t think lasting change is possible. Others refuse to use the term because they would rather find their identity in Christ, not in a sexual orientation (even a transformed one).